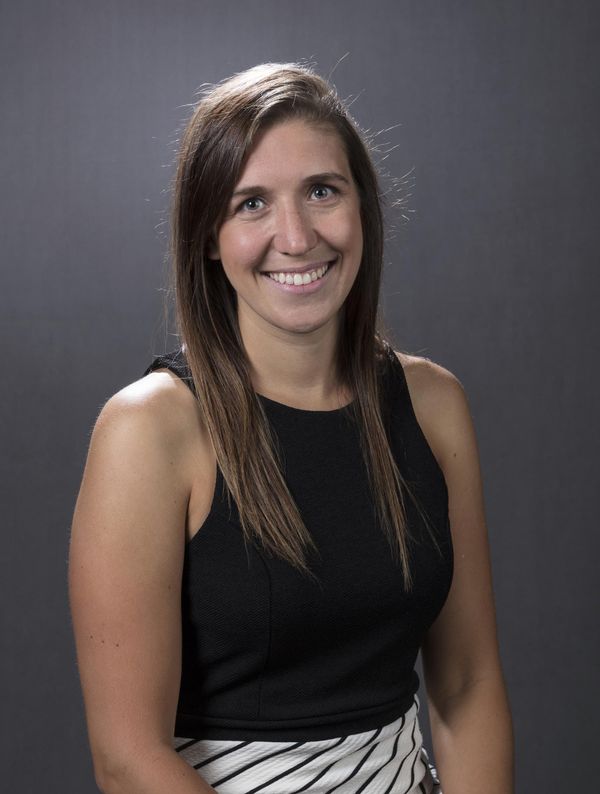 Bre Payton has been a member of the University of Iowa coaching staff since 2015, starting as the director of operations before being elevated to an assistant coach in March 2016. Payton is the offensive coordinator for the Hawkeyes.

Payton’s third season at Iowa saw the Hawkeyes finish with 15 wins and its highest-ranked win in program history, defeating No. 6 Wisconsin on Oct. 6, 2018.

Payton lead sophomore setter Brie Orr to the second-best season an Iowa setter has had since the 25-point scoring system was implemented in 2008. Orr tallied 1,242 assists and became the ninth player in program history to amass 2,000 career assists with her 19th assist in the third set against Wisconsin on Oct. 21.

Freshman Brie Orr led the Hawkeyes with 1,201 assists, becoming the third freshman in program history to eclipse the 1,000 assist mark. After registering 117 assists, 13 kills, and a .500 attack percentage in three matches at the American Volleyball Classic on Sept. 15-16, Orr was named B1G co-Freshman of the Week. Orr was the first Hawkeye in program history to receive conference freshman of the week honors. The award was introduced in 2009.

Three Hawkeyes — Annika Olsen, Taylor Louis, and Jess Janota — earned All-Big Ten honors for the first time since 1989. All three earned Big Ten honorable mention. Louis led Iowa with 386 kills and had a .248 attack percentage while chipping in 54 blocks. Janota ranked second on the team with 274 kills and a .304 attack percentage. Olsen, who also received the Sportsmanship Award, led the Big Ten with 555 digs and 4.83 digs per set.

Iowa finished the 2016 season with a 19-13 overall record and a 9-11 mark in Big Ten play, recording the program’s first winning season since 2000. The nine conference wins is the most for the squad since 2000.

Under Payton’s tutelage, senior Loxley Keala became the eighth player in program history to garner 2,000 assists, a feat she accomplished in just two years with the program. As a senior, Keala amassed 1,212 assists and became the first Hawkeye to earn All-Big Ten honors since 2001.

She completed her degree at UNI in movement and exercise science: sport psychology in 2012.