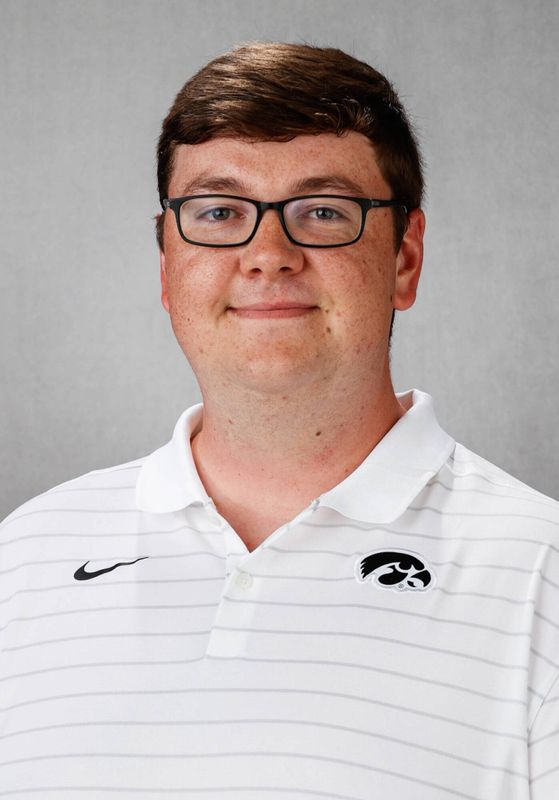 Caleb Saunders is in his second year with the University of Iowa football program, serving as director of football creative media.

Saunders joined the Hawkeye staff after serving in a similar role at West Virginia. There he worked as the program’s graphic designer to promote Mountaineer football, including a heavy emphasis on recruiting. He produced content and materials that highlighted and communicated information about the program on a variety of platforms, including print, web, social media, and internal team distribution and assist with photo and video production.

Saunders worked with the West Virginia director of player personnel and the on-campus recruiting coordinator to produce creative content for prospective student-athletes. He also designed various items for the promotion of the football program, including recruiting correspondence, signage, logos, brochures, and flyers.

Prior to his position at Air Force, Saunders served as the social media correspondent for Learfield IMG College with South Carolina’s New and Creative Media Department (August, 2018 – July, 2019). He also served two stints in the athletic communications department at Miami University, as the assistant director of athletic communications/new media for two years (2016-18) and as an intern (2015-16). He also spent a short time as an athletic media relations assistant at South Carolina in 2016.

While with the RedHawks, Saunders served as the primary contact for the women’s basketball and baseball programs, as well as the secondary contact for football. He also worked extensively with the department’s social media efforts, including assisting with strategy, graphic design, and photography.

Saunders earned his bachelor’s degree in sport leadership and management from Miami, Ohio in 2014. He is a native of Brecksville, Ohio.