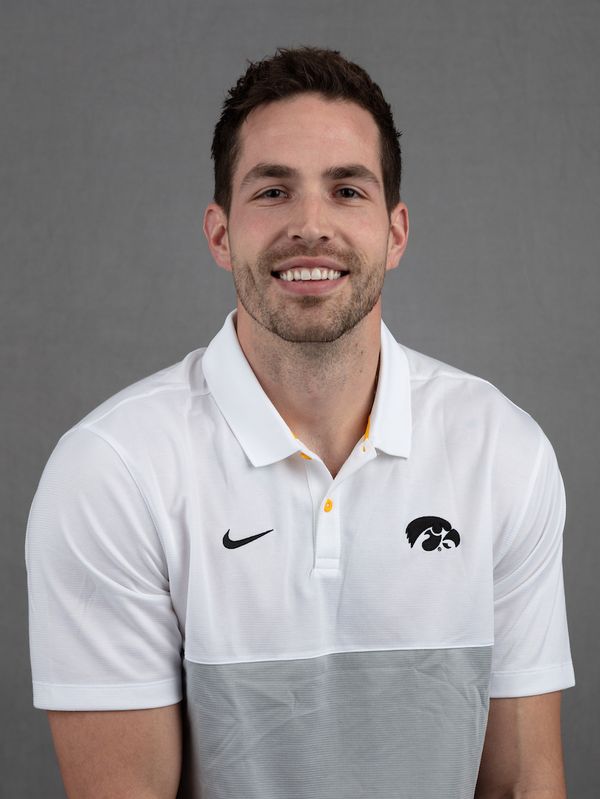 Dave Brown enters his second season as an assistant coach/recruiting coordinator. He joined the Iowa Volleyball program on Jan. 21, 2020.

In Brown’s first season at Iowa in the shortened, Big Ten only spring 2021 season, Brown helped Iowa pick up four wins over Indiana, Rutgers, Northwestern, and Michigan State. With no seniors, Iowa leaned on the shoulders of juniors Courtney Buzzerio, Hannah Clayton, Maddie Slagle, and Amiya Jones. Buzzerio led Iowa or was at the top of nearly every statistical category.

Along with sophomore Josyln Boyer, Slagle helped anchor Iowa’s back row. Boyer led Iowa and ranked fifth in the Big Ten with 279 total digs. Slagle ranked second on the team with 128 digs.

Dave Brown on what it means to become a Hawkeye: “I feel lucky and honored to be joining the Iowa volleyball staff. I’d like to thank Vicki Brown for giving me this opportunity and I’d like to thank the administration for their support. I am looking forward to continuing the growth and progress already started by this great staff. Iowa Volleyball is definitely on the rise and I can’t wait to be a part of something great.”

Head coach Vicki Brown on Dave Brown’s hiring: “I am thrilled to add Dave to our coaching staff. After sitting with him, it was easy to see how he will connect quickly with the team and be a great representative of our program as the recruiting coordinator. He is ready to put in the work on and off the court for what could be an exciting year”

Brown joined the Hawkeye staff after two seasons at Loyola Chicago when he was associate head coach/recruiting coordinator. Brown helped the Ramblers establish a single-season record for conference wins (14) and most total wins since 2004 (21) in the 2019 campaign.

In his first season at Loyola, Brown was named one of 11 NCAA Division I women’s coaches to the Thirty Under 30 Award from the American Volleyball Coaches Association (AVCA) for up-and-coming young coaches.

Prior to Loyola, Brown coached four seasons at Southern Miss, helping the team to four 20-win seasons and recruiting the 2016 Conference USA Freshman of the Year in Catherine Repsher.

Brown’s first stint out of college was a volunteer assistant coach at UC Santa Barbara. Brown helped the Gauchos win the Big West in 2013 and reach the NCAA Tournament for the first time in four seasons.

Brown graduated from the University of Wisconsin in 2013, where he was a player and coach for the Wisconsin men’s club volleyball team, overseeing all aspects of the program.