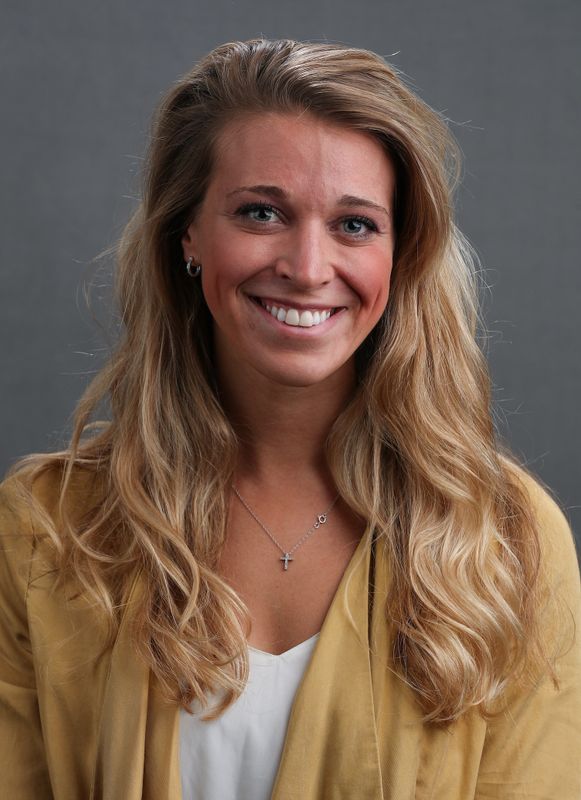 Former Hawkeye All-American Emma Sougstad is in her second season as an assistant coach with the University of Iowa swimming and diving program.

Sougstad helped Iowa to a record-breaking season in 2019-20, setting 12 program records (seven women’s, five men’s) and 11 Hawkeyes earned Big Ten Conference weekly recognition.  Iowa had success at the Big Ten Championships.  Burvill swam to a bronze medal in the 200 free at the CRWC, helping Iowa to a 10th place finish with 430 points — the most for the program since the format changed to 24-place scoring in 2014.

The Forest City, Iowa, native rejoined the program after spending the past two seasons as the communications director for the College Swimming Coaches Association of America (CSCAA), where she managed the annual coaching convention, featuring more than 300 coaches.

Sougstad joined the coaching ranks after concluding her Iowa career in 2017.  She was an assistant coach at Miami (Ohio) during the 2017-18 season, where she coordinated team travel and managed social media accounts to target potential recruits.

As a Hawkeye, Sougstad was a three-time NCAA qualifier and a two-time All-American in 2016 and 2017.  She earned first-team All-America honors in 2017 after placing sixth in the nation in the 100 breast with a school-record time of 58.78 — the fifth-fastest time in Big Ten history.  The time propelled her to compete in the 2016 Olympic Trials.

Iowa’s two-time team Most Valuable Swimmer, Sougstad was a Big Ten Sportsmanship Award recipient in 2016 and a five-time Big Ten Swimmer of the Week.  She was also inducted into the Hall of Fame of the Iowa High School Girls Athletic Union in 2018.

Sougstad was a CSCAA Scholar All-American, a three-time Academic All-Big Ten, and Dean’s List honoree during her Iowa career.  She graduated from the University of Iowa in 2017 with a degree in elementary education.