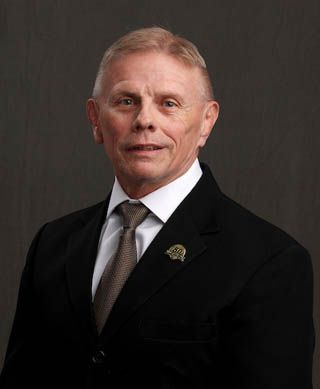 Gary Mayabb was named associate head coach of the University of Iowa women’s wrestling team on May. 13, 2022.

Mayabb (MAY-abb) served as manager of Greco-Roman programs for USA Wrestling from 2017-22, where he had direct oversight of the daily operations for the Greco-Roman program as well as the development in the U20-U17-U15 age groups. He was also a five-time member of the U.S. Olympic Team Training Camp staff.

Mayabb moved to Staley High School, becoming the first head coach in the program’s history. He led the team to a team championship in 2017, as well as four top-four finishes, six individual state titles, 34 state place finishers and 59 state qualifiers. In his career, more than 100 former student-athletes have gone on to coach at all levels.

As a competitor, Mayabb competed at the University of Central Missouri, where he was a NCAA qualifier and the MIAA Conference Most Outstanding Wrestler. The two-time team captain was a U.S. Open finalist in 1990 and a four-time Olympic Trials qualifier (1980, 1984, 1988, 1992). He is a member of Central Missouri’s Hall of Legends and Athletic Hall of Fame, as well as other Halls of Fame in Missouri.

Mayabb graduated from Central Missouri with a degree in secondary education and he earned his master’s degree in curriculum instruction with an emphasis in psychology from the University of Missouri-Kansas City.

Mayabb and his wife, Dorothy, have three daughters — Katie (husband, Brent), Kelsey and Breeley and two granddaughters, Eloise and Remy.