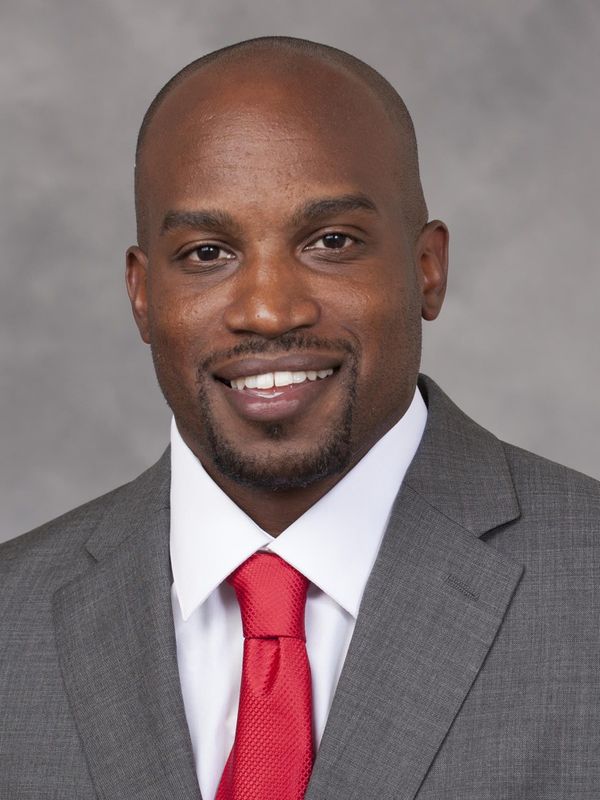 Kelton Copeland was named wide receivers coach at the University of Iowa in February, 2016. Copeland joined the Hawkeye coaching staff after coaching at Northern Illinois the previous four seasons.

Smith-Marsette was selected in the fifth round of the 2021 NFL Draft by Minnesota. Smith signed a free agent contract with Dallas immediately following the draft.

Iowa’s efficient offense in 2019 featured senior quarterback Nate Stanley completing just under 60 percent of his passes to a talented and deep wide receiver corp. Redshirt freshman Nico Ragaini (46-439) and Smith-Marsette (44-722) each had over 40 receptions, while Smith (37-439) and redshirt freshman Tyrone Tracy, Jr. both totaled over 35 receptions.

Iowa’s offense in 2018 also featured Stanley, who tossed 26 touchdown passes for the second straight year. The improved play of Iowa’s wide receivers played a big role as the Hawkeyes averaged 31.2 points per game, including a school-record 42.8 points per game in five Big Ten road games.

Senior wide receiver Nick Easley led Iowa with 52 receptions in 2018. He was named MVP of the 2019 Outback Bowl after grabbing eight receptions for 104 yards and two touchdowns. Easley surpassed 100 career receptions and 1,000 career receiving yards in his two seasons under Copeland’s direction. He signed a free agent contract with Buffalo following the 2019 NFL Draft.

The Hawkeyes won eight games in 2017, including a 27-20 win over Boston College in the Pinstripe Bowl. In addition to the bowl victory the Hawkeyes won three of four rivalry trophy games while facing one of the toughest schedules in the nation.

Wide receiver Matt VandeBerg played his final two seasons under Copeland, returning from injury as a junior to record 28 receptions for 384 yards and two touchdowns in 2017. He had at least one reception in his final 32 games. His 134 career receptions rank 10th in school history and he ranks 15th in career receiving yards (1,686).

In 2015, Northern Illinois running back Joel Bouagnon earned first team all-conference honors after rushing for 1,285 yards and 18 touchdowns. NIU averaged 190.1 rushing yards per game while playing in the conference title game for the sixth straight year and earning an eighth straight bowl invitation.

The Northern Illinois offense rushed for 3,488 yards and 36 touchdowns in 2014, as three running backs each averaged over five yards per carry. In 2013 the Huskies featured two players who each rushed for over 1,000 yards, including quarterback Jordan Lynch, a Heisman Trophy finalist.

He was on the staff at Coffeyville Community College from 2007-10, coaching wide receivers (2008-10) and the defensive secondary (2007). Coffeyville advanced to the Region IV playoffs in three different seasons, while boasting one of the top offenses in the Jayhawk Conference in 2010. Copeland was promoted to offensive coordinator and quarterbacks coach at Coffeyville prior to accepting the position at South Dakota.

Copeland coached defensive backs at Northwood University in 2006, helping Northwood reach the Division II playoffs. He was on the coaching staff at Emporia State University from 2003-05, coaching linebackers, running backs, and wide receivers, while also working with special teams. He also served as an assistant strength and conditioning coach.

As a player at Emporia State from 1999-02, Copeland was the starting quarterback and a team captain for three seasons. He set school records for rushing yards by a quarterback in a season and career, leading the team in total offense as both a junior and senior. He ranked third all-time in total offense and fourth in passing yards following his final season.

A native of Miami, Florida, Copeland attended Southridge High School. He graduated from Emporia State University in 2003 with a bachelor’s degree in recreation.

Copeland was born June 9, 1980. He is married to the former Bridgette Eldridge, and the couple have three daughters, Marlea, Devyn and Kabryn.