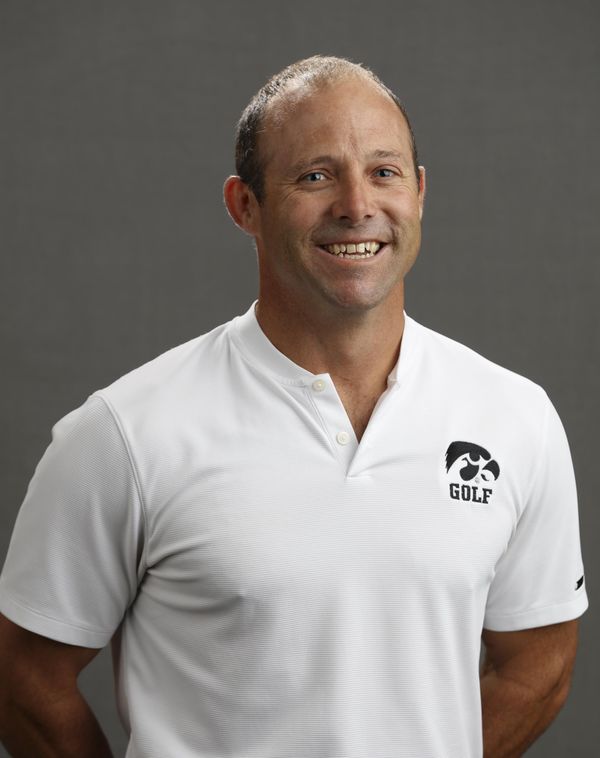 Michael Roters enters his fourth year as assistant coach for the University of Iowa women’s golf team in 2018-19. He was introduced as the new assistant women’s golf coach on June 30, 2015.

In his second season with the Hawkeyes, the Hawkeyes recorded a team scoring average of 76.0 to mark the second-lowest team average in school history. At the Westbrook Spring Invitational, the team posted top-5 marks for 18-holes, 36-holes, and 54-holes with scores of 287, 586, and 873. Junior Jessica Ip registered the second-lowest 18-hole score in school history with two rounds of 68, and recorded the sixth-lowest stroke average during the spring season with a 74.2 average. Freshman Sophie Liu recorded the eighth-lowest stroke average with a 74.8 during the fall slate.

During the 2015-16 season, Roters helped the women’s golf team to one of its best seasons in Hawkeye history. At the Johnie Imes Invitational, the team set records for best team performance for 18-holes, 36-holes and 54-holes with scores of 282, 571 and 864.  During the spring slate, the Hawkeyes registered the lowest scoring average in team history (73.9).

Roters attended Mt. Hood Community College where he obtained his Associates of Science in 2002. He went on to attend New Mexico State University from 2002-03. In 2014, he earned his Bachelors degree in General Business Studies at Lewis Clark State College.

In 2013, he served as the lead teaching instructor for the Washington State and University of Idaho Nike Junior Camps. Roters helped three members of the Idaho women’s golf team earn first team all-conference honors and five more become WGCA All-Scholar Academic Team members. He also helped one member of the team become an NCAA national qualifier. In 2014, Roters coached an individual conference champion as well as a WAC player of the year.