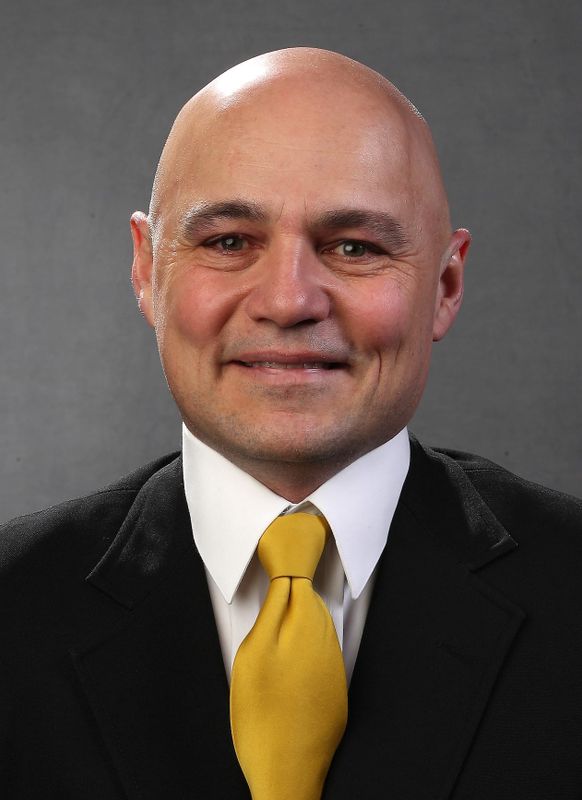 Robin Lund is in his fifth season as an assistant coach with the University of Iowa baseball program.  Lund serves as the Hawkeyes’ pitching coach after working with the hitters and outfielders during his first season.

During Lund’s tenure in Iowa City, the Hawkeyes have won 103 games, had five All-Americans, two Big Ten Pitcher of the Years, one Big Ten Freshman of the Year, six ABCA/Rawlings All-Region and eight All-Big Ten honorees.

In 2022, Iowa won 36 games — the eighth most wins in a single season in program history — and finished tied for second in the Big Ten, posting a 17-7 overall record.  Iowa won 20 of 27, 23 of 32 and 30 of 42 games down the stretch, including winning six straight series to close out the regular season to put itself in NCAA Regional conversation at season’s end.

Lund oversaw an Iowa pitching staff that was among the nation’s best, as it ranked second nationally in hits allowed per nine innings (6.88), third in strikeouts per nine innings (11.2), fourth in ERA (3.72) and 11th in WHIP (1.29).  The staff led the Big Ten in virtually every pitching category during the season and it racked up a program record 609 strikeouts, shattering the previous record of 499 set in 2018.

Iowa had the four top strikeout games in the Big Ten (and six of the top 10) and it allowed five or fewer hits in 23 games.  Remarkably, the staff allowed three runs or fewer in 32 of its 55 games during the season and posted five shutouts — the most since 2016.

Iowa also had two hurlers — senior Dylan Nedved and sophomore Ty Langenberg — finish with six and seven wins, respectively.  Nedved was Iowa’s Mr. Versatility as a starter, reliever and closer at various points.  He went 6-2 with a 3.47 ERA with 75 strikeouts over 72 2/3 innings, while Langenberg was 7-2 with a 3.71 ERA.

Senior reliever Ben Beutel earned second-team All-Big Ten and second-team ABCA/Rawlings All-Region honors after going 3-0 with a 1.47 ERA with four saves in 29 appearances.  Beutel picked off nine batters during the year en route to being the second Hawkeye all-time to earn a Rawlings Gold Glove for being the best defensive pitcher in Division I college baseball.

Lund has had seven pitchers move on to MLB organizations during the past two seasons.

During the 2021 season, the Hawkeyes won a school-record 26 games, finishing 26-18 overall, while facing a Big Ten-only schedule during the COVID-affected season.  After starting the season 4-8, Iowa rattled off 11 wins in 12 contests and 15 in 18 games.  The team won seven of their final 10 series to be right in the middle of the NCAA Regional conversation at season’s end.

Under Lund’s watch, Friday night starter Trenton Wallace had a breakthrough season, earning second-team All-America honors by both ABCA/Rawlings and Collegiate Baseball in his first season as a weekend starter. Wallace also was the first Hawkeye to earn Big Ten Pitcher of the Year honors after going 7-1 with a 2.34 ERA over 73 innings and 13 starts.  His 106 strikeouts were the second-most all-time behind Jim Magrane’s 110 strikeouts in 1999.

With Wallace on the mound, Iowa won.  The Hawkeyes won nine consecutive series openers to close out the season and 11 of 13 series openers on the year.

Iowa’s starting pitchers posted 19 quality starts on the year and the pitching staff ranked fourth in the Big Ten in ERA (4.68).  The team’s 390 strikeouts were the fourth-most in a single season in school history.  Lund also helped utility man Dylan Nedved develop into one of the top closers in the Big Ten.  Nedved ranked second in the league with nine saves.