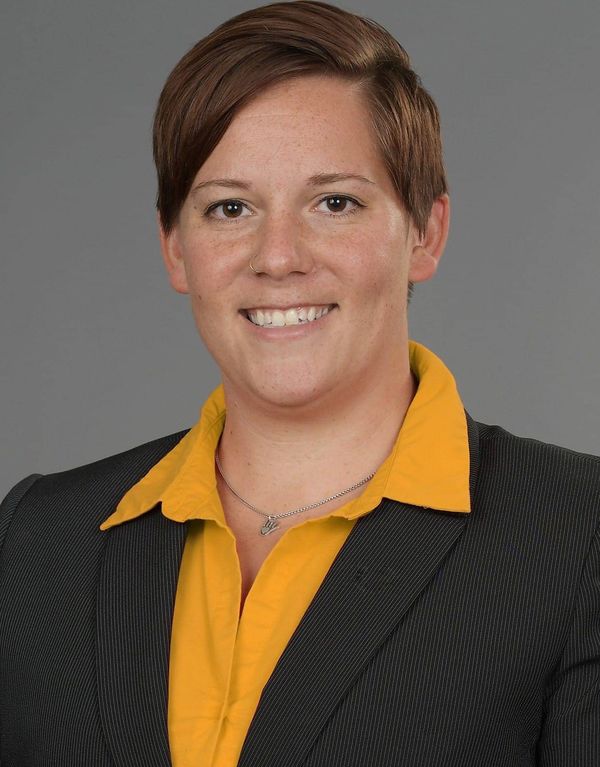 Stockwell-Gregson helped Iowa to a record-breaking season in 2019-20, setting 12 program records (seven women’s, five men’s) and 11 Hawkeyes earned Big Ten Conference weekly recognition.  Iowa had success at the Big Ten Championships.  Burvill swam to a bronze medal in the 200 free at the CRWC, helping Iowa to a 10th place finish with 430 points — the most for the program since the format changed to 24-place scoring in 2014.

During Stockwell-Gregson’s first season in Iowa City, the Hawkeyes had five student-athletes — two men and three women — qualify for the NCAA Championships.  The team swam to five school records and posted 64 top-10 times in program history.

Stockwell-Gregson joined the program following a seven-year stint at Virginia Tech, where she was the program’s top assistant from 2015-18 and interim head coach in 2018. She joined the Hokies in 2011 as an assistant coach.

While in Blacksburg, Stockwell-Gregson helped the men’s and women’s programs post 11 top-five team finishes at the ACC Championships and nine top-25 showings at the NCAA Championships. She coached 46 All-America or honorable mention All-America honorees, 16 ACC champions, and an ACC Swimmer of the Meet.

In 2013, Virginia Tech claimed its first ACC championship, taking home the men’s team title. It came on the heels of back-to-back ACC runner-up finishes in 2011 and 2012.  The Hokie women earned conference runner-up honors in 2012 after winning five titles at the championships. In 2016, Stockwell-Gregson coached 16 Olympic Trials qualifiers, including one U.S. National Team member.

Stockwell-Gregson began her career as a graduate assistant in Indiana’s strength and conditioning program, where she helped the Hoosiers swimming and diving team claim a 2010 Big Ten title.  The following season, Stockwell-Gregson made the move to the Indiana coaching staff as a volunteer assistant, helping the team to a Big Ten title and top 15 finish at the NCAA Championships.

As a student-athlete, Stockwell-Gregson was an eight-time All-American at Indiana from 2007-09, helping the Hoosiers to two Big Ten Championships (2007, 2009).  She finished her career as the school record holder in the 100 and 200 breast and as part of the 200 and 400-medley relays.

Stockwell-Gregson was a two-time team captain and a 2008 Olympic Trials qualifier.

Stockwell-Gregson graduated from Indiana with a degree in recreation sports management in 2009 and she earned her master’s degree in kinesiology in 2011.  She is a member of USA Swimming (coaches) and the College Swimming Coaches Association of America.

She and her wife, Melissa, have two dogs, Leo and Raylie.