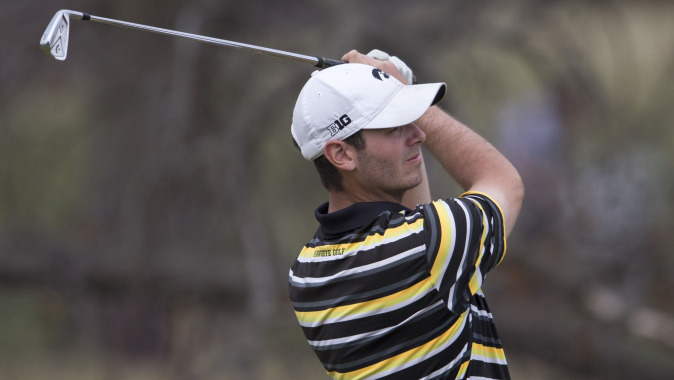 Bullington, from Frankfort, Illinois, appears on the list for the second-straight season. He earned second-team All-Big Ten and PING All-Region honors during the 2014 campaign, posting his career-best finish at the Arizona State Thunderbird Classic where he tied for third with a 206 (-7). Following his performance, he was named the Big Ten Player of the Week for the first time in his career. He tied for fourth place at the 2014 Hawkeye-Great River Entertainment Classic, carding a 215 (-1). Bullington tied for the second-most top-10 finishes on the team (two), and held the second-best scoring average (73.14) of all Hawkeye golfers.

Vandersee garnered second-team All-Big Ten and PING All-Region honors during the 2014 campaign. The West Des Moines, Iowa, native tied for seventh at the 2014 Big Ten Championships (299, +11). Vandersee tied for 11th at the Boilermaker Invitational, posting a 218 (+2), and tied for 17th at ASU Thunderbird Invitational, firing a 212 (-1). He posted the second-most top-10 and top-20 finishes (two, four) on the team while posting a scoring average of 73.32.

As a freshman, the PING All-Region honoree registered his best finish of the season at the Boilermaker Invitational, where he tied for sixth (215, +4). In his final round of play at the event, Knoll carded a 66 (-6), which equaled the fourth-lowest round in program history, as Iowa rallied to earn the team title. He tied for 12th at the Big Ten Championships (300, +12), placed 15th at the Hawkeye-GRE Invitational (220, +4), and tied for 26th at the NCAA Columbia Regional (216, E).