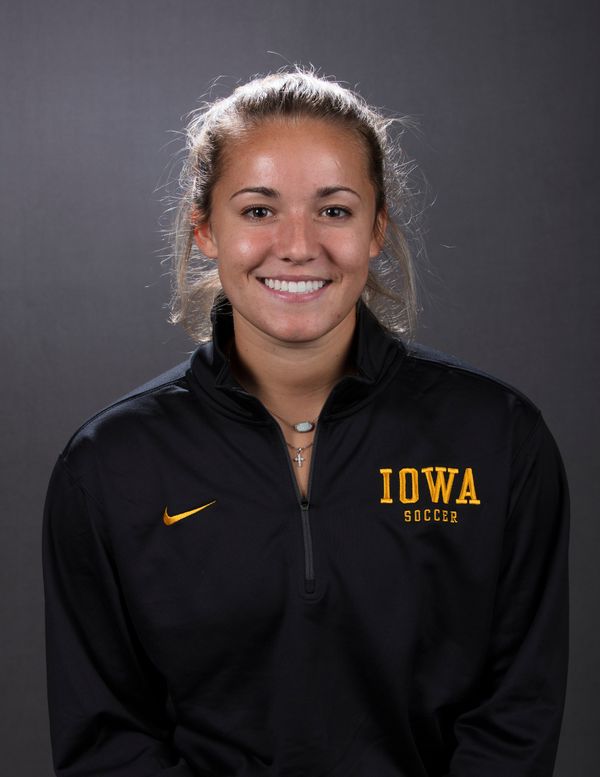 2015 — Received a medical redshirt after missing all but three games because of injury… logged 192 minutes on the year… tallied an assist in Iowa’s 1-0 win over Pacific on Aug. 21… named to Iowa’s Leadership Council… letterwinner.

2014 — Saw action in 20-of-22 games, starting all 20 games played… logged 1,697 minutes as a defender… netted two goals, scoring her first career goal and first career game-winner in a 1-0 home victory over Northwestern… dished out a team-high seven assists… named to Top Drawer Soccer’s Team of the Week on Sept. 16 after leading Iowa to a pair of shutout victories over Illinois and Northwestern… helped a Hawkeye defense that set the school record for most shutouts in a season (12) and fewest goals allowed in a regular season (16)… Iowa’s defense ranked second in the Big Ten in shutouts and fourth in goals against average (0.75)… helped Iowa advance to the Big Ten Tournament championship game for the second-straight season after helping the defense to a pair of shutout victories over No. 23 Rutgers and Northwestern… Academic All-Big Ten honoree… letterwinner.

2013 — Saw action in six matches… made one start and logged 124 minutes… made her first career start in Iowa’s NCAA Tournament matchup at Notre Dame… member of an Iowa team that posted a school-record 15 victories, advanced to its first Big Ten Tournament championship game and earned the program’s first NCAA Tournament appearance… letterwinner.