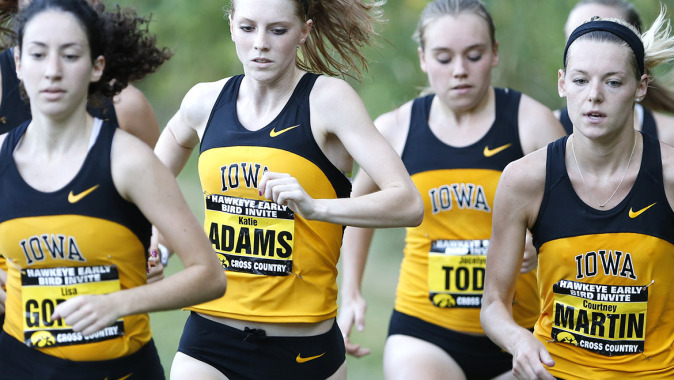 ANDERSON RECORDS FIRST WIN
Ben Anderson came away with his first collegiate win at the Bulldog 4K Classic. The sophomore crossed the finish line with a time of 12:30. Six of Iowa’s seven competitors placed in the top 10. Iowa dominated the field with a 51 point win over second-place Creighton. Freshmen Brook Price and Josh Sindelar made their collegiate debuts, placing fifth (12:42) and 19th overall (13:03).

IN THE RANKINGS
The men’s cross country team is currently ranked 15th in the Midwest Region.

SEASON DEBUTS
Iowa’s top two returners, seniors Kevin Lewis and Ben Witt, are expected to make their season debuts Friday. Lewis returns as the Hawkeyes’ top finisher from 2013, leading the team in each of his five competitions. Also making his season debut is sophomore Kevin Docherty, who competed in every meet for the Hawkeyes last season. On the women’s side, Lisa Gordon will compete for the first time since her injury last fall. Gordon owns the 10th best time in school history in the 4,000 meters, which she recorded at the 2012 Toledo Bubble Buster.

UP NEXT
Iowa hosts the Big Ten Preview at the Ashton Cross Country Course on Sept. 20th. The event starts at 8 a.m. (CT).