It's How You Finish 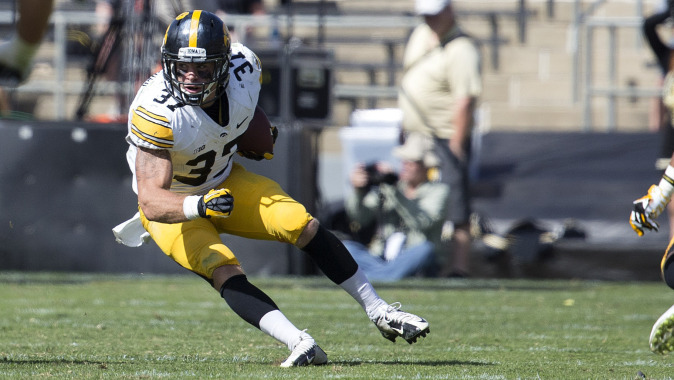 IOWA CITY, Iowa — Closing with a fury has been the modus operendi for the University of Iowa football team through five weeks this season.

A key ingredient to the Hawkeyes’ 4-1 start — including a conference-opening victory Sept. 27 at Purdue — has been their ability to dominate the final 30 minutes of a 60 minute game. Iowa and the Boilermakers were tied 10-10 at the break Saturday, then the Hawkeyes showed their supremacy. They outgained Purdue 284 yards to 56 in the third and fourth quarters; they held the ball 20:01 of the final 30 minutes; they scored 14 points and held the Boilermakers scoreless. It proved to be a decisive component for a second consecutive road victory.

“We played a lot better in the second half,” UI head coach Kirk Ferentz said. “We looked a lot more cohesive and the run game got going a little bit which certainly helps things. It didn’t come easy; our guys had to play hard and battle.”

A couple times in Saturday’s postgame comments, Ferentz used the word turbulence. So far this season, the Hawkeyes have been masters at turning early unrest into a smooth finish.

“We didn’t make a lot of adjustments at halftime, we just came out and played better,” said UI senior strong safety Johnny Lowdermilk. Lowdermilk finished the game with seven tackles and interceptions to end both Purdue drives in the fourth quarter. “Now the challenge is to play the full 60 minutes to our ability because we didn’t do it again. We haven’t played our best football yet.”

The Hawkeyes have held halftime leads twice this season: 17-13 in the opener against Northern Iowa and 14-3 in week three against Iowa State. Ironically, Iowa’s lone setback of the season came against the Cyclones after leading by 11 points at the break, giving credence to the adage, “It’s not how you start, it’s how you finish.”

Here are second-half numbers to crunch after five weeks:

Against Northern Iowa, the Hawkeyes outscored the Panthers 14-10, held an advantage of 19 seconds in possession time, but were outgained by nine yards (199-190).

The last two Saturdays, Iowa has really turned it on in the second half on the road. Combined, the Hawkeyes have outscored Pittsburgh and Purdue 31-3, outgained them 467-229, and controlled more clock 36:24-23:36.

One reason for the second-half success could be the number of Hawkeyes that have frequently been sprinkled into the lineup. Ferentz was asked about the UI defensive line after the win at Purdue; his reply is representative of the entire team.

“If we keep our guys fresh, that gives us a better chance of playing well,” Ferentz said. “It is a good sign. This group has been resilient. They give good effort, they work hard, and they have good character. Those are all positives.”

Iowa returns to action Oct. 11 when it hosts Indiana on Homecoming.