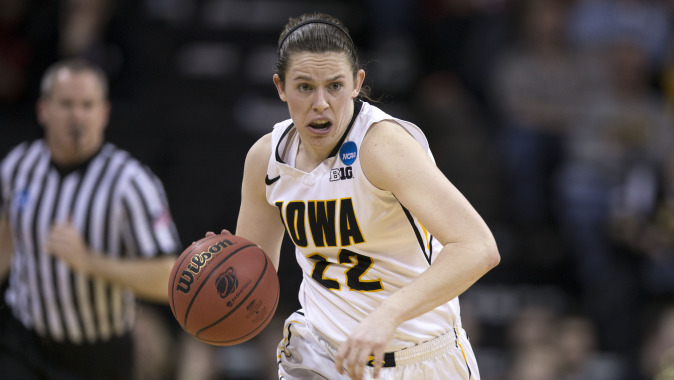 ROSEMONT, Ill. — The University of Iowa women’s basketball team has been picked to finish third behind Maryland and Michigan State in the 2014-15 Coaches Big Ten preseason rankings, while senior Samantha Logic has been named Preseason All-Big Ten by league media and coaches, the conference office announced Thursday.

“I am happy that Sam has been recognized on the preseason All-Big Ten team,” said UI head coach Lisa Bluder. “I believe that she is one of the most complete point guards in the country and one of the hardest to guard. She has done so much for our program the past three years, and I can’t wait to see how her senior season unfolds.”

Iowa returns 10 letterwinners from a team that went 27-9 in 2014 and made its Big Ten-best seventh-consecutive NCAA Tournament appearance. The Hawkeyes open the regular season on Nov. 14, hosting USC Upstate (6 p.m. CT) at Carver-Hawkeye Arena.

*Six players recognized due to a tie