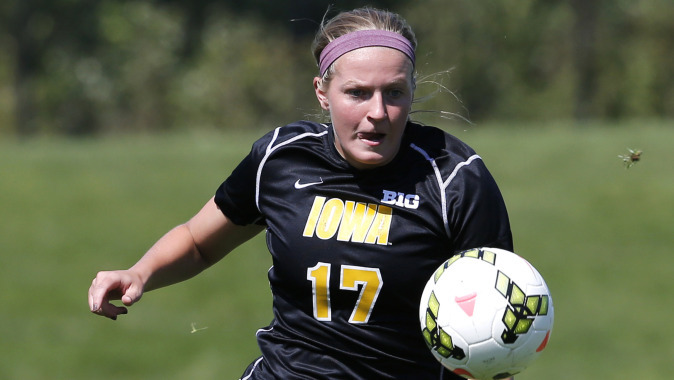 IOWA CITY, Iowa — University of Iowa junior Sarah Mazur has been named to the Capital One Academic All-District 6 team, it was announced Thursday by the College Sports Information Directors of America. Mazur is now eligible to earn Academic All-America honors at the conclusion of the season.

Mazur, a defender/midfielder from LaGrange, Illinois, is majoring in electrical engineering, where she carries a 4.13 cumulative grade point average. She earned Academic All-Big Ten honors and was a Big Ten Distinguished Scholar as a sophomore and has been named to the Dean’s List.

On the field, Mazur has played in 14 games as a junior with six starts, helping Iowa to a 12-5-1 overall and 7-4-1 Big Ten record. The seven league victories are tied for the most in a single season in program history.

Iowa closes out the regular season Friday, facing Nebraska at 3:30 p.m. (CT) in Lincoln. The Hawkeyes have also clinched a berth in the 2014 Big Ten Tournament, which will take place next week in West Lafayette, Indiana.