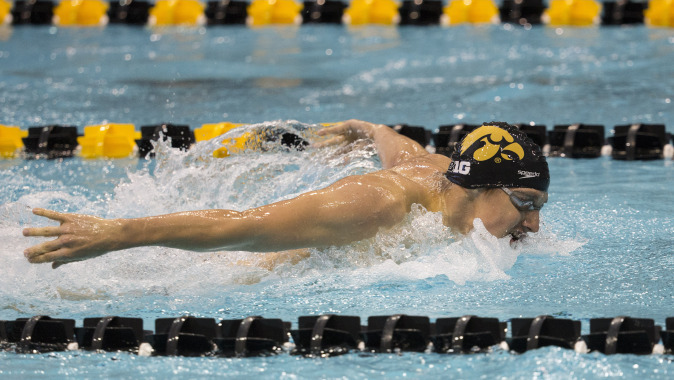 IOWA CITY, Iowa — University of Iowa freshman Jerzy Twarowski has been named the Big Ten Freshman of the Week, the league announced Tuesday. Twarowski earned the accolade after a breakout meet in the dual against Minnesota on Oct. 31.

“Jerzy has high expectations for himself, as do we in him,” said UI head coach Marc Long. “It was great to see him start to break through and take charge and get those wins against some really tough competition and NCAA scorers. He’s getting better and better and sharper and sharper. We’re excited to let him swim his full complement of events which will be at the Hawkeye Invite here in a couple of weeks,” said Long.

The Freshman of the Week honor is the first of Twarowski’s career. He is the first Hawkeye to earn the honor since Nick Zito received the award on Oct. 1, 2013.