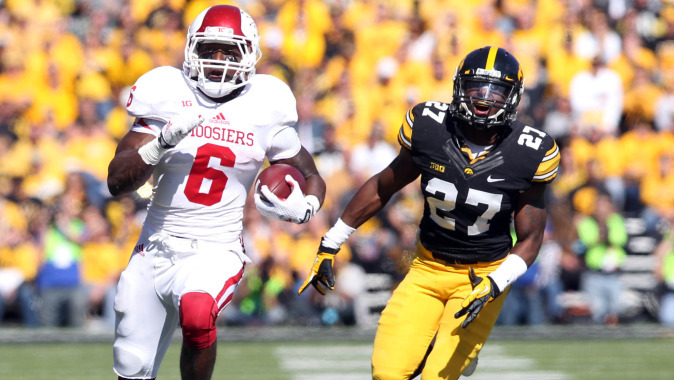 IOWA CITY, Iowa — Two members of the University of Iowa football program – – senior running back Mark Weisman and junior defensive back Jordan Lomax – – have been named to the Capital One Academic All-District 6 first team. The announcement was made Thursday by the College Sports Information Directors of America (CoSIDA).

Weisman and Lomax will now have their name placed on the national ballot for Capital One Academic All-America honors. The district honor is the first for both Weisman and Lomax.

Weisman, a native of Buffalo Grove, Illinois, holds a 3.32 grade point average and is majoring in health and human physiology. He earned academic All-Big Ten recognition in 2012 and 2013. He is a three-time honoree on the UI Dean’s List.

Weisman is Iowa’s leading rusher through eight games, rushing 133 times for 521 yards and 13 touchdowns. He also led the Hawkeyes in rushing yards in both 2012 and 2013. Weisman’s career totals include 519 attempts for 2,311 yards and 29 touchdowns. He ranks third in career rushing touchdowns, fifth in attempts, eighth in yards and 12th in scoring.

Lomax has started seven of Iowa’s eight games. He has recorded 25 solo tackles and 27 assists. Lomax leads the Hawkeyes with six pass break-ups and has one interception and one forced fumble.