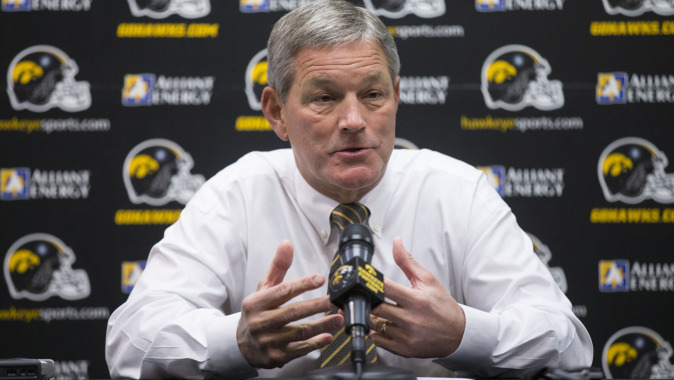 The briefing with local, regional, and national media will be available live from start to finish on Hawkeye All-Access, the multi-media portal inside hawkeyesports.com, the official worldwide website of the Iowa Hawkeyes.

The Hawkeyes close out the regular season by hosting Nebraska at 11:05 a.m. (CT) in “The Hy-Vee Heroes Game” on Friday inside Kinnick Stadium. The game will be televised on ABC with Bob Wischusen, Matt Millen, and Quint Kessenich on the call.