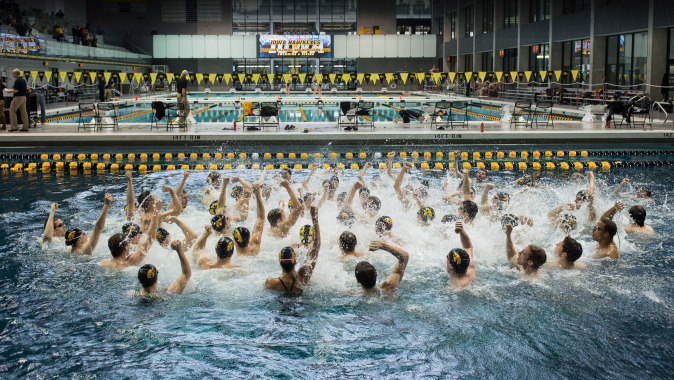 IOWA CITY, Iowa — The University of Iowa men’s swimming and diving team is ranked No. 20 in the most recent College Swimming Coaches Association of America (CSCAA) Division I team dual rankings, announced Thursday by the CSCAA.

The Hawkeyes earned the ranking after an outstanding performance at the Hawkeye Invitational, which was held Dec. 5-7 at the Campus Recreation and Wellness Center in Iowa City. The Hawkeyes scored 918.5 points throughout the three-day event — edging second-place Notre Dame (918).