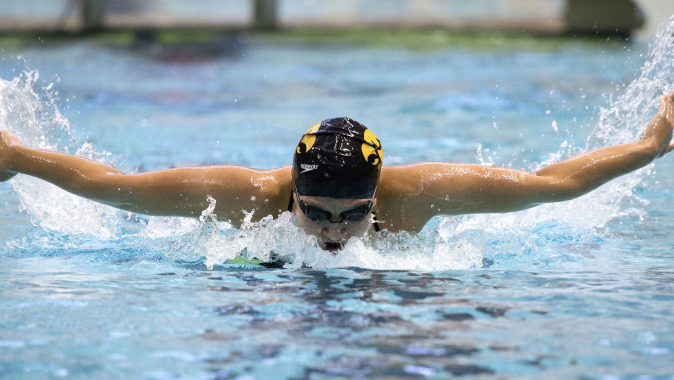 IOWA CITY, Iowa — The University of Iowa women’s swimming and diving team is ranked No. 21 in the latest CSCAA Division I rankings, it was released Thursday.

The Hawkeyes, who have a 3-2 dual record, earn the ranking following a trio of wins at the St. Petersburg Invite, versus Iowa State, and the Hawkeye Invitational.

Seven Hawkeyes have swam to a combined 16 NCAA `B’ cut times this season and two are nationally ranked.

The Hawkeyes return to action Saturday in Champaign, Illinois, competing in a Big Ten matchup against Illinois at the ARC Pool at 11 a.m. (CT).