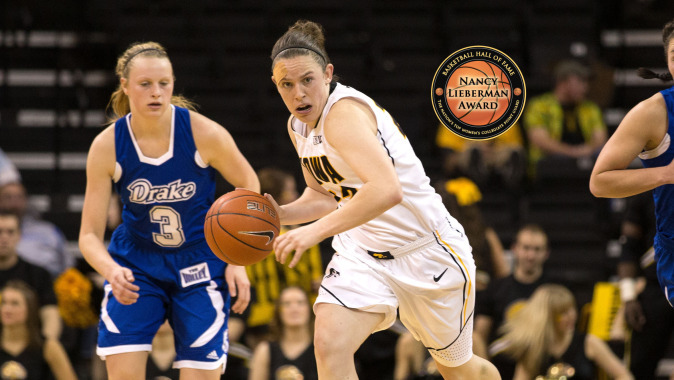 Logic, the NCAA’s active career assists leader (787), ranks fifth in assists in Big Ten history. She leads the Big Ten and ranks fifth in the NCAA in the category this season (7.5), while also averaging 11.1 points and 6.8 rebounds per game. Logic is one-of-two players nationally to average at least 11 points, seven assists, and six rebounds per game (Brittany Boyd of California).

“Nancy Lieberman exhibited such passion and dedication for the game of basketball. The women on this watch list show many of the same attributes,” said John L. Doleva, President and CEO of the Basketball Hall of Fame. “This award is our way of recognizing some truly extraordinary point guards in women’s college basketball.”

The Selection Committee for the Nancy Lieberman Award is composed of top women’s college basketball personnel including media members, head coaches, sports information directors and Hall of Famers. The list will be narrowed down to fifteen and then a final five by mid-March. The Lieberman Award winner will be announced during the WBCA Award Show in Tampa, Florida, at the Women’s Final Four.

“It’s an honor to have my name associated with this award and some of the best point guards and female athletes at the college level,” Lieberman said. “Whoever walks away with the accolade at the end of the season will be in tremendous company.”