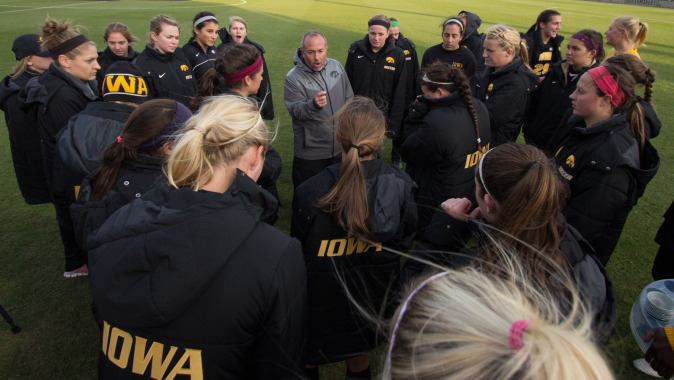 Iowa will play host to South Dakota and Drake on Feb. 28, facing both squads in nine vs. nine action. The Hawkeyes open the day with a 1:30 p.m. (CT) matchup against the Coyotes, before facing Drake at 4:30 p.m.

Exactly one month later, Iowa will head to Ames for two games in the B1G/Big 12 Challenge. The Hawkeyes open competition against Iowa State at 10 a.m. before facing Kansas at 1 p.m.

Iowa will host its final two home games outdoors at the Iowa Soccer Complex on back-to-back weekends. On April 11, the Hawkeyes will square off against Western Illinois at 1 p.m. before facing Wisconsin Milwaukee at 2 p.m. on April 19.

Iowa’s final date of the spring will take place in the St. Louis area for a second-straight year, where the Hawkeyes will meet Arkansas at a location and time to be announced.