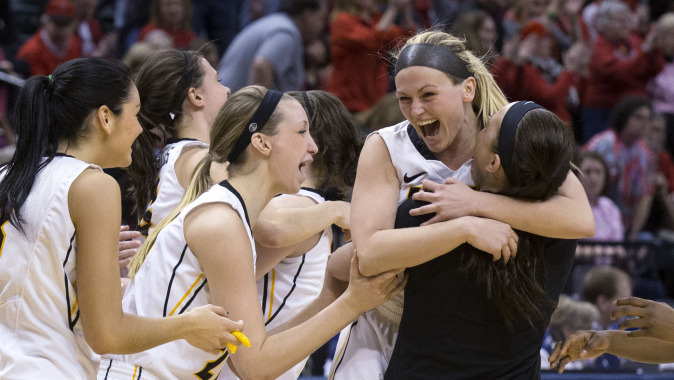 ROSEMONT, Ill. — Beginning Thursday, Feb. 19, at 10 a.m. CT, both all-session and single-session tickets for the 2015 Big Ten Women’s Basketball Tournament will be on sale to the general public. Tickets can be purchased through the Sears Centre Arena ticket offices at 1-888-SEARS-TIX (732-7784) or www.searscentre.com.

All individual session tickets are $15, while all-session tickets are available for $90. Other than the fan blocks for that university’s respective games, the women’s tournament will feature general admission seating, allowing fans to witness the action from the best available seats in Sears Centre Arena.

The Big Ten Women’s Basketball Tournament will be held in the Chicagoland area from March 4-8 at the Sears Centre Arena in Hoffman Estates, Ill. The tournament week features all 14 Big Ten teams competing in 13 games over five days for the 2015 tournament crown and an automatic berth into the NCAA Tournament.

The bracket for the 2015 Big Ten Women’s Basketball Tournament, along with information on tickets, travel, lodging, tournament history and more can be found at bigten.org.