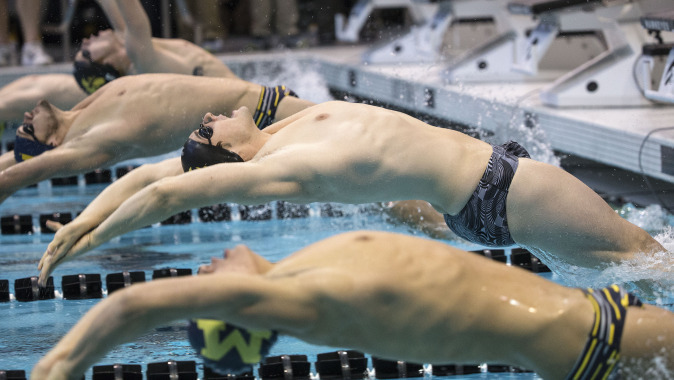 IOWA CITY, Iowa — Four University of Iowa swimmers have been selected to compete in the 2015 NCAA Men’s Swimming and Diving Championships which will be held March 26-28, inside the Campus Recreation and Wellness Center Natatorium in Iowa City, Iowa. The complete list was released Wednesday by the NCAA.

A total of 270 participants (235 swimmers and 35 divers) will compete in the championships. Swimmers qualified for the championships by meeting the established minimum time for the events in which they entered.

Divers will be determined by performances at the Zone Diving Meets held March 9-14. The complete list of all swimmers competing in the championships is available at usaswimming.org/ncaa.

ESPN3.com will stream finals sessions on Friday and Saturday live. Additionally, ESPNU will air a 90-minute show at 5 p.m. on Wednesday, April 8.