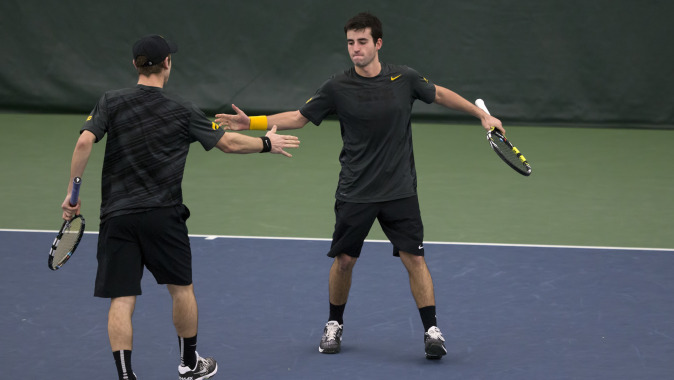 IOWA CITY, Iowa — The University of Iowa men’s tennis team continued its ascent in the Intercollegiate Tennis Association (ITA) rankings Tuesday, climbing to 45th in the country. The ranking of No. 45 is the highest by an Iowa tennis team since rankings expanded to include the top 75 teams in 1997.

Iowa, who begins Big Ten competition Friday at No. 22 Minnesota with an 8-3 record, has been nationally ranked the last four weeks.