Dixon to Compete in 3-Point Championship 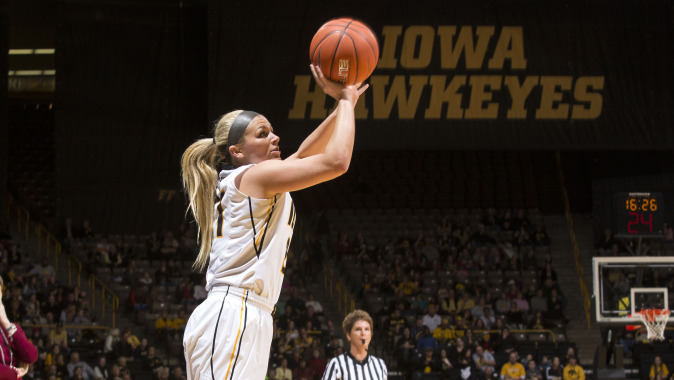 The State Farm College Slam Dunk and 3-Point Championships invites the top seniors in the country to compete — eight dunkers and eight men’s and eight women’s 3-point shooters. This is the 27th year of the event, which is always hosted in the Men’s Final Four city.

The event is televised nationally on ESPN on Thursday from 6 p.m. to 8 p.m. (CT) leading into Final Four weekend, and will air several additional times throughout the weekend.

Dixon, a senior from Johnsburg, Illinois, earned second team All-Big Ten honors this season. She leads the nation in 3-pointers per game (3.65), becoming the first Big Ten player ever to lead the country in 3-pointers per contest, and just the seventh from a major conference school. Dixon ranks sixth nationally, and second in the Big Ten, in 3-point shooting percentage (45.1%; 124-275).

The team co-captain is Iowa’s record-holder for 3-pointers in a career (334), season (124), and game (10). The Big Ten single-season record for 3-pointers entering this season was 112. Dixon and Ohio State’s Kelsey Mitchell (127) both surpassed the record this year.

Earlier this year, Dixon set a new program record with 10 3-pointers in Iowa’s win at Drake, finishing two shy of the NCAA and Big Ten record. Dixon set or tied the arena record for most 3-pointers in a game in at least five venues this season (Drake, Rutgers, Illinois, Northwestern, and Iowa).