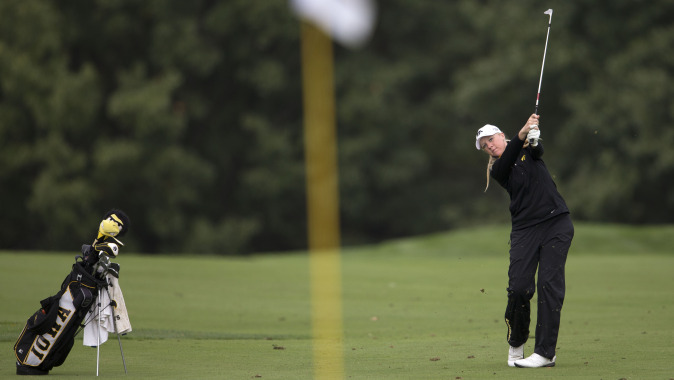 “We certainly did not compete the way we were hoping coming into the tournament, but we are a young team. I believe we can take many good things away from this weekend,” said UI head coach Megan Menzel.

Jessie Sindlinger carded the best three-round finish of the weekend for the Hawkeyes. The sophomore improved greatly from round two to round three posting a total 226 (+10), tallying rounds of 77, 78 and 71. She birdied three of the final 18 holes of the competition, finishing the weekend tied for 32nd.

Shelby Phillips was able to finish just behind her teammate, tied for 36th. Phillips registered a second round 76 (+4) before ending with another 76 (+4) in the third round. She carded a three round total 227 (+11).

“We have a lot of hard work to put in between now and August to make the jump,” added Menzel.

Iowa’s season ended Sunday but it has plenty to build on heading towards the future.