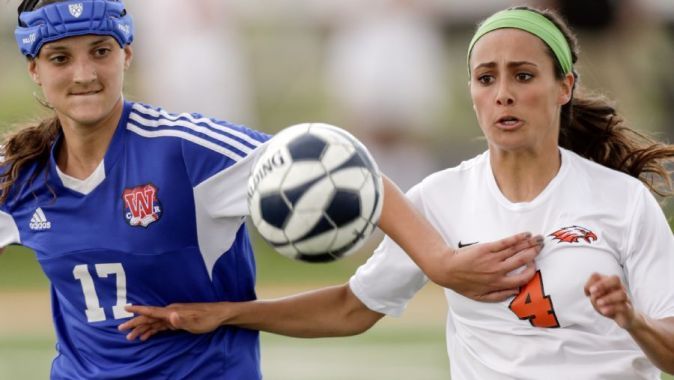 The 5-foot-4 forward/midfielder is a native of Cedar Rapids, Iowa, where she was a two-time all-conference selection at Cedar Rapids Prairie High School.

“We are excited to add a player like Hannah at this late stage of the recruiting period,” said DiIanni, who is entering his second year with the Hawkeyes. “She is someone we have been following since last summer at our ID camp, and we love that she has chosen to stay home, get a great education, and compete in the Big Ten Conference.

“Hannah is very creative and athletic and our hope is those elements will add to the depth and competition on our roster.”

As a freshman, Kousheh netted 12 goals and had nine assists en route to earning second-team all-conference honors. She had two goals and three assists as a sophomore.

Kousheh, who played club soccer for PSC Iowa from 2006-15, was an honorable mention all-metro selection in track and field in the 100, 200, and 400 meters. She was also a state and Drake Relays qualifier.