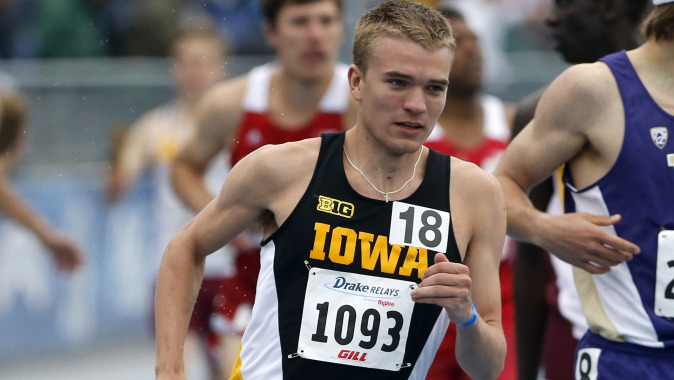 Smith took home a bronze medal in the women’s hammer throw when she recorded a lifetime best 200-1.50 (60.99m), becoming the first Hawkeye in school history to throw over 200 feet. The George, South Africa, native first set the school record in the event last season (198-1, 60.38m).

“Her performance today was outstanding,” UI throws coach Andrew Dubs said. “For her to come out today and have another PR, set the South African National Record, and the school record is just outstanding after what she’s been through all year.

“It was great overall competition today and it was exciting to see Annemie put herself in the mix. She competed really well and deserves to be on the podium. I think one of the things she cares about most is finishing higher than she was seeded to earn the extra points for her team.”

The Big Ten Championships resume tomorrow at 8:30 a.m. (CT) and continues through Sunday. The three-day event is housed at the Ralph Young Field on the campus of Michigan State University.