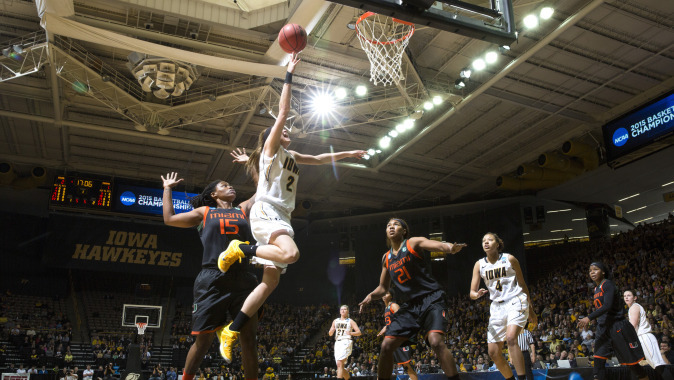 IOWA CITY, Iowa — The University of Iowa women’s basketball team will travel to face Virginia as part of the ninth annual Big Ten/ACC Challenge. The game is set for Wednesday, Dec. 2, at John Paul Jones Arena in Charlottesville, Virginia. Start time and television coverage details will be released at a later date.

The game marks the third meeting between the Hawkeyes and the Cavaliers. Iowa leads the all-time series, 2-0, with a pair of victories at neutral sites. The first came in tournament action at Miami, Florida, on Dec. 29, 1987 (75-59), and the second occurred in the First Round of the NCAA Tournament at Storrs, Connecticut, on March 16, 2002.