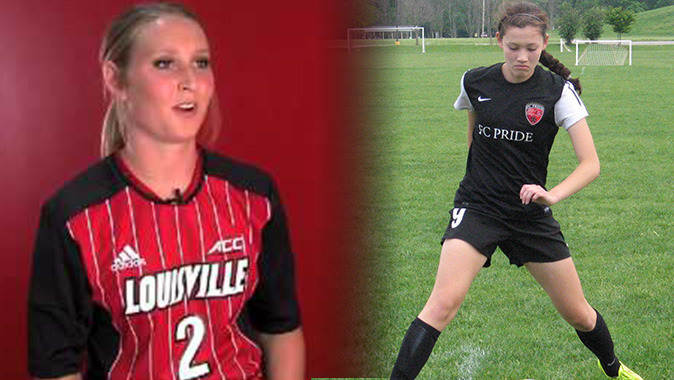 Armand, a junior from Aurora, Illinois, played her first two collegiate seasons with the Cardinals. The defender battled injuries to play in 13 career games with nine starts, helping Louisville to the NCAA Tournament.

During her high school career at Waubonsie Valley, Armand was an NSCAA high school All-American in 2012, while also earning Illinois all-state, team most valuable player, and first-team all-area honors. The two-time team captain was a two-time all-conference selection and was named academic all-conference from 2010-12. She helped Waubonsie Valley to a state title in 2010, a season where she was an honorable mention all-sectional honoree.

“Rachele is a smart soccer player and a high-level competitor who has played some very meaningful games in the ACC during the past two seasons,” said DiIanni. “She is a solid backline defender who can play as a center back or out wide in any system because of her instincts and soccer intelligence.

“She will bring a lot to our young, inexperienced team next fall because she understands how to prepare and compete to be successful at a high level. That will, in turn, help our team be successful.”

Seying is a defender from Indianapolis, where she attended Lutheran High School. She lettered in soccer as a freshman before focusing solely on club circuit, competing for Zionsville from 2011-14 and FC in 2014-15.

Academically, Seying was an honor roll student from 2011-15, a National Honors Society member, and was a member of student council.

“Kyrie is a good athlete and student who we are excited about adding to our program this late in the recruiting cycle,” said DiIanni. “She is someone who will add to our depth at a number of positions and knows how to compete to win and be successful on and off the field.”