Sowinski enrolled at the University of Iowa in the fall of 2008, armed with a Wisconsin High School 800-meter state championship (1:54.29) and a miniscule athletic scholarship. Less than seven years later he travels the world as a premier middle distance runner.

The most recent accomplishment for the 26-year-old native of Waukesha, Wisconsin, is a runner-up finish in the 800 final at the USA Track & Field Championships on June 28 at Hayward Field in Eugene, Oregon. That placed Sowinski on the United States national team that will compete at the International Association of Athletics Federations (IAAF) World Championships from Aug. 22-30 in Bejing, China.

“It has to be up there in the top two or top three (moments of my career),” Sowinski said about making the national team. “Winning a Big Ten (team) championship at home (in 2011) probably is 1A, this is probably 1B. I made the final every year (at the USATF Outdoor Championships), and to finally make a team is pretty special.” 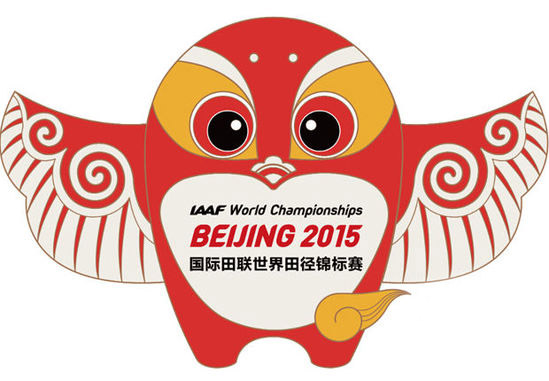 Sowinski, who is sponsored by Nike, competed in three races over four days at the USATF Championships. He won the second preliminary heat June 25 in 1:47.80. The following day he was runner-up in a semifinal in 1:45.30. He was in lane three for the final.

“The plan was to be in the top three in the first 200 meters and don’t give up that position,” Sowinski said. “If I was first, second, or third, we would have achieved the ultimate goal, so that was the plan.”

The top three finishers in each event earn a spot on the national team.

As the race enfolded, Sowinski went to the rail in fourth place and crossed the 400-meter mark in third, with a time right at 50 seconds.

“We train a lot at 50-second pace for 400; it’s comfortable for me,” Sowinski said. “I do it a lot in practice and doing it by yourself is harder than having guys in front of you.

“With a pace that fast, the field gets strung out, so you don’t have to make a lot of moves, you are at a consistent pace the entire time and not jockeying for position. I knew if I was with those guys with 100 meters to go that I was confident with my strength at the end of the race.”

Sowinski found an extra gear with 200 meters left, briefly taking the lead 95 seconds into the race before being overcome by Nick Symmonds, a six-time US champion and two-time Olympian. After a celebratory pump of the fist at the finish line, Sowinski waved a United States flag toward the west bleachers at Hayward Field before hugging Symmonds.

“You put so much on the track during the year,” Sowinski said. “I ran six or seven weeks this fall between 70-80 miles a week and that was hard for me. When you have a goal you want to achieve and it finally comes to fruition, that was huge, and at the finish line you saw that. I am excited going forward.”

In the next two weeks Sowinski expects to compete in Canada and Europe.

“I’m in really good shape and I would like to get in a couple races that are going to go fast and see what happens on fresh legs,” Sowinski said. “Between that and World Championships we have about 3 ½ weeks and we will be able to get a good training cycle in then.”

Sowinski’s race calendar will be interrupted July 7 when he closes on a home in Iowa City. While most of the elite runners sponsored by Nike train in Portland or Eugene, Sowinski opts for Iowa City with his coach Joey Woody, director of track and field at the University of Iowa.

“Everything is so comfortable here. I have been here so long, the people around me, the facilities are great,” Sowinski said. “It’s hard to argue with the results; things are going in the right direction and as long as they keep going that way I don’t think there is a need to change anything.”

Sowinski continues to work part-time at Running Wild, a specialty shoe store in Coralville and Iowa City, where he puts a degree in physiology to use. Despite his success as a runner, most of the customers are oblivious to his fame.

“You would be surprised. Actually, very few people (know who I am),” Sowinski said with a laugh.

This is the first appearance for Sowinski at a World Championship and his goal is to qualify for the final.

Sowinski isn’t sure who will be in his entourage to China.

“Neither one of my parents have a passport, so that could be an issue,” Sowinski said. “If they decide they are going to go get passports, that would be awesome.”

Because these days, a passport is required to watch Sowinski run in big competitions.