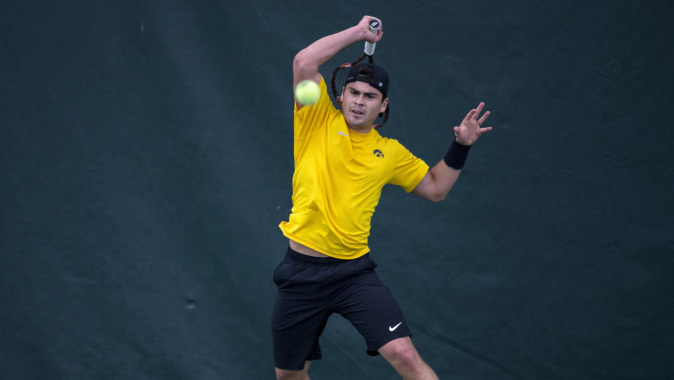 IOWA CITY, Iowa — University of Iowa men’s tennis student-athlete Andres Estenssoro has been named a Scholar Athlete Thursday by the Intercollegiate Tennis Association (ITA). It marks the second straight season that the native of Santa Cruz, Bolivia, has earned the academic distinction.

To be honored as an ITA Scholar Athlete, an athlete must have a GPA of 3.5 or greater and be a varsity letterwinner.

Estenssoro, who is an industrial engineering major, competed in his final season as a Hawkeye in 2014-15. Estenssoro, a three-time academic All-Big Ten honoree, was named the UI men’s tennis team’s Big Ten Sportsmanship Award recipient for 2015.