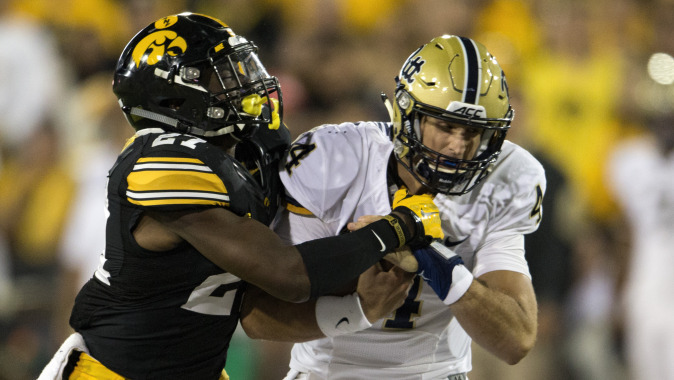 Nominated by their schools, which are limited to one nominee each, candidates for the award must be a senior or graduate student in their final year of eligibility, have a GPA of at least 3.2 on a 4.0 scale, have outstanding football ability as a first team player or significant contributor, and have demonstrated strong leadership and citizenship.

“The NFF would like to personally congratulate each of the nominees as well as their schools and coaches on their tremendous accomplishments,” said NFF President & CEO Steven J. Hatchell. “We are extremely proud to highlight each semifinalist’s achievements, showcasing their ability to balance academics and athletics at the highest level. The NFF Awards Committee will have an incredibly difficult task in selecting the finalists from this outstanding group of candidates.”

Lomax (5-foot-10, 205 pounds) is a senior from Upper Marlboro, Maryland. He earned honorable mention All-Big Ten honors from league coaches as a junior after recording 92 tackles. He started 12 games and played in all 13 contests. He led the Hawkeyes with six pass break-ups, while also collecting one interception and a forced fumble. He earned the team Hustle Award for both defense and special teams in 2014.

Lomax has started all three games this season at free safety, helping the Hawkeyes to three straight wins. He is second on the team with 20 tackles, including nine solo stops and 11 assists, and has one pass break-up. Iowa’s defense ranks fifth in the nation in rushing defense (51.0) and 16th in total defense (274.3).

The NFF Awards Committee will announce 15 finalists on Oct. 29. Each recipient will receive an $18,000 postgraduate scholarship as a member of the NFF National Scholar-Athlete Class. Launched in 1959, the NFF scholar-athlete program became the first initiative in history to award post-graduate based on both a player’s academic and athletic accomplishments.