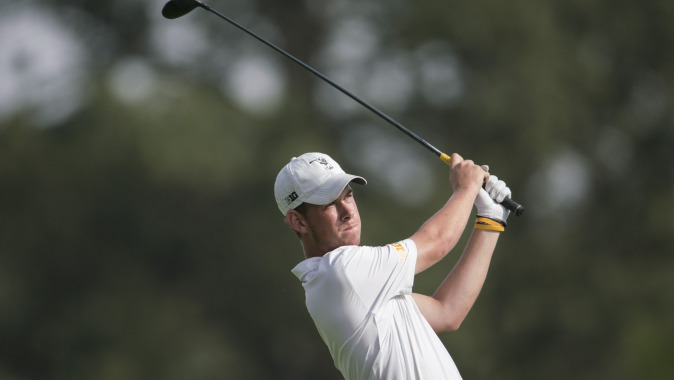 IOWA CITY, Iowa — University of Iowa junior Raymond Knoll has been named Big Ten Conference Co-Golfer of the Week following his career performance last weekend at the GolfWeek Conference Challenge (Sept. 25-27). The honor is the first of his career.

The Naperville, Illinois, native is the first Hawkeye to earn a weekly conference honor since Steven Ihm on April 23, 2014.

Knoll claimed co-medalist honors at the GolfWeek Conference Challenge, leading the Hawkeyes to their first team title since Iowa won the Hawkeye-GRE Invitational on April 13, 2014. Knoll carded a 54-hole 205 (-11; 66, 67, 72) — the lowest three-round total in program history. His six-under-par 66 in the first round matched his career best 18-hole score (2014 Boilermaker Invite).

Knoll led the Hawkeyes to their fifth best 54-hole score in program history. He also helped Iowa to its second-best 18-hole score in school history with a second round 273 (-15).

Knoll and the Hawkeyes return to action on Oct. 10-11, when they travel to Baton Rouge, Louisiana, to compete in the David Toms Intercollegiate.