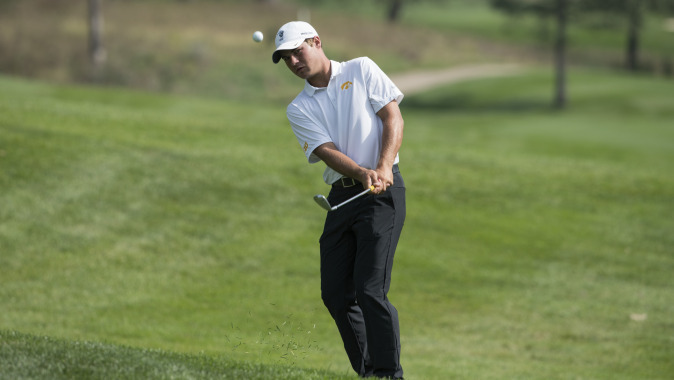 THIS WEEK
The University of Iowa men’s golf team travels to Baton Rouge, Louisiana, this weekend to compete in the seventh annual David Toms Intercollegiate held at the University Club. The two-day tournament, hosted by LSU, begins with an 8:30 a.m. (CT) shotgun start on Saturday (36 holes) and concludes on Sunday (18 holes). Live scoring is available at golfstat.com.

THE COURSE
This weekend’s two-day event will be played at LSU’s University Club, a 7,234 yard par 72 golf course created under the watchful eye of PGA Champion David Toms and LSU Alumni Jim Lipe. Home to LSU golf, the University Club presents a challenge to the best in the country. The course winds through beautiful Louisiana Wetlands while providing stunning views and exciting golf to a membership rich in tradition for LSU Athletics.

TOURNAMENT HISTORY
This weekend marks the first time the Hawkeyes will compete at the David Tom’s Intercollegiate, an event that has been around since 2009. Central Arkansas won last year’s event and looks to repeat this year. Iowa State has finished the event in the top three in each of the past two years.

THE LINEUP
At the top of the Hawkeye line-up in the number one spot is junior Raymond Knoll followed by senior Nate Yankovich. Junior Carson Schaake, senior Voromate Aussarassakorn and freshman Matthew Walker round out the Iowa lineup.

Junior Raymond Knoll claimed co-medalist honors with a 54-hole total of 205 (-11; 66, 67, 72) — the lowest three-round total in program history. The title was the first of Knoll’s collegiate career.

KNOLL AMONG THE BEST
Junior Raymond Knoll is ranked 47th in GolfWeek’s Collegiate Individual rankings (last updated on Oct. 8) and is one of five Big Ten individuals ranked in the top 50. Illinois paces the Big Ten with three ranked individuals — Thomas Detry (6), Charlie Danielson (19), and Nick Hardy (24). Liberty’s Isaiah Logue (22) and Iowa State’s Nick Voke (37) will both be competing at this weekend’s David Tom’s Intercollegiate.

LOOKING AHEAD
Following the David Toms Intercollegiate, the Hawkeyes travel to Atlanta for the U.S. Collegiate Championship. The three-day tournament, hosted by Georgia Tech, begins on Oct. 16.