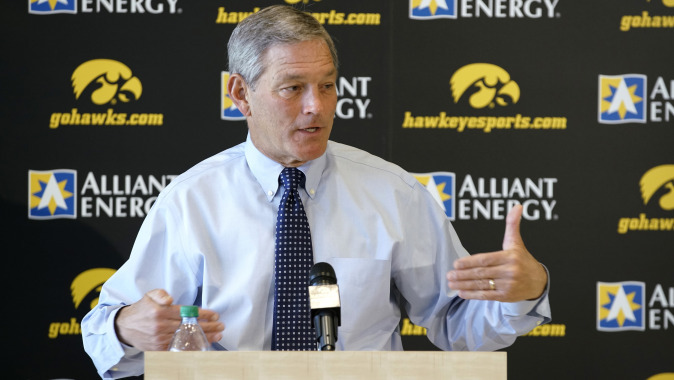 The briefing with local, regional and national media will be available live from start to finish on Hawkeye All-Access, the multi-media portal inside hawkeyesports.com, the official worldwide website of the Iowa Hawkeyes.

The 2015 Big Ten Championship game will kickoff at 7:17 p.m. (CT) from Lucas Oil Stadium in Indianapolis. The game will be televised on FOX.

The No. 3/4-ranked Hawkeyes completed a perfect regular season Nov. 27, downing Nebraska, 28-20, in the Hy-Vee Heroes Game in Lincoln. The Spartans bring an 11-1 record into the title game after clinching the Big Ten East Division title with a 55-16 victory over Penn State on Nov. 28. Michigan State’s lone defeat came at Nebraska, 39-38.