Ferentz is AFCA Region 3 Coach of the Year 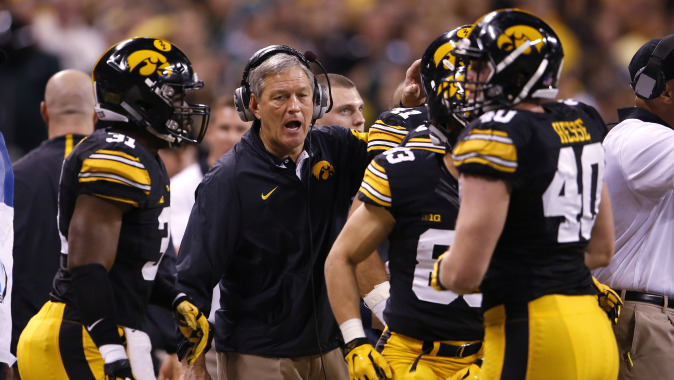 IOWA CITY, Iowa — University of Iowa head football coach Kirk Ferentz has been named the American Football Coaches Association (AFCA) Region 3 Coach of the Year. The announcement was made Monday by the AFCA.

Ferentz was earlier named the Big Ten Conference Coach of the Year for the fourth time in his career. Joining Ferentz as regional winners are Dabo Swinney of Clemson, Jim McElwain of Florida, Mike Gundy of Oklahoma State, and Stanford’s David Shaw, who will coach against the Hawkeyes in the Rose Bowl.