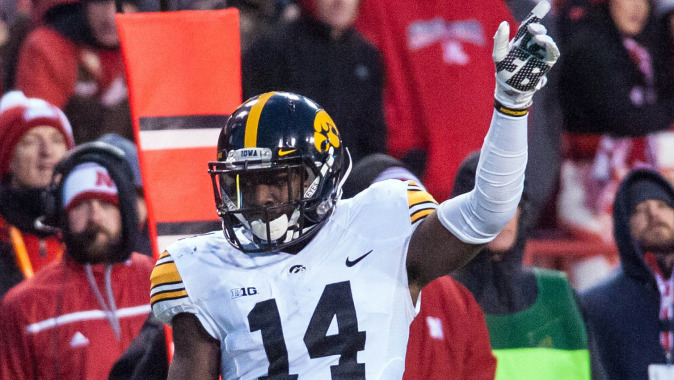 IOWA CITY, Iowa — University of Iowa defensive back Desmond King has been named to the AutoNation All-America first team, as selected by the Football Writers Association of America (FWAA). The announcement was made Monday by the FWAA.

The FWAA honor marks at least the sixth outlet that has named King as a first team All-American, as he was recently named to teams selected by the Walter Camp Foundation, Associated Press, ESPN.com, USA Today, and SI.com. King was honored last Thursday as the receipient of the Jim Thorpe Award, which goes to the top defensive back in the nation.

King was earlier named the Tatum-Woodson Big Ten Conference Defensive Back of the Year and was a first team All-Big Ten selection. King was also one of five finalists for the Walter Camp Player of the Year Award.