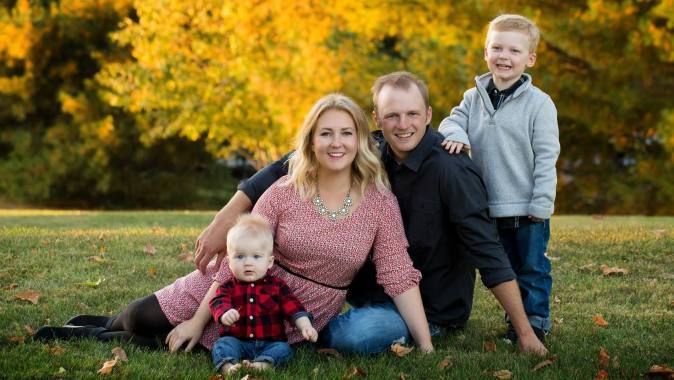 Andy Eiffert from the University of Iowa will attend the 102nd Rose Bowl Game between the No. 5 Hawkeyes and No. 6 Stanford. While Eiffert will no doubt enjoy his view from the sideline inside Rose Bowl Stadium, the game itself is secondary for the 33-year-old maintenance worker from Coralville.

When Iowa’s odds of attending the Rose Bowl increased during the 2015 regular season, Eiffert reached out to Will Schnell, head groundskeeper for the Rose Bowl. Eiffert asked if he could help paint and care for the stadium’s turf in the days leading up to the big game.

“To me, the Rose Bowl is bigger than the Super Bowl,” Eiffert said. “This is a fabulous opportunity. It is one of the places you want to go. Nobody is going to turn down help. (Schnell) had no hesitation when I asked.”

But Eiffert, who is on his own dime for the entire trip, still needed to work out transportation, room, and board. He is driving to Denver, Colorado, where he will fly to John Wayne Airport in Orange, California. He will rent a car and crash on the floor of an acquaintances’ house. Eiffert will make a 90-minute roundtrip commute from the coast to the Rose Bowl each day. Following the game, he will drive to Las Vegas where he booked a less expensive flight back to the Midwest.

“When (Schnell) said I was a go, it was more of a money issue and how I was going to get out there and stay,” Eiffert said. “For me to go and do what I wanted to do, which is paint, I had to go out earlier than a lot of people would, and that would add cost.”

Eiffert said his parents, in-laws, aunts, and uncles stepped forward to help fund his Rose Bowl dream. He will spend Christmas Day with family in Des Moines. While his wife, Jonna, and children Quinlan (four years) and Zayden (10 months) drive to Minnesota on Dec. 26, Eiffert will be on his way to Denver. He arrives in California on Dec. 27 and will work at the Rose Bowl from Dec. 27-30.

“We will paint the whole field twice,” Eiffert said. “Most of the painting will be done by Dec. 29.”

Eiffert will watch the Rose Bowl Game from the sidelines, just like he does for every Hawkeye home game inside Kinnick Stadium.

“Basically it will be my typical game-day routine,” Eiffert said. “I told Will I don’t want to be treated any different than any of his other guys. If I’m going to be there, I’m going to work.”

Before Eiffert graduated from Mount Pleasant High School in 2001, he worked summers for the city, mowing and taking care of fields for the parks and recreation department. He attended Kirkwood Community College to study the ins and outs of sports turf and during that time he completed an internship at the University of Iowa under Mount Pleasant native Larry Putney.

Eiffert started in a part-time role at the UI in 2002 and worked into fulltime in 2005. He chuckles at his official job title of Golf Course Maintenance Worker (“I don’t know anything about the golf course,” he says), preferring a self-made designation of Sports Turf Manager.

He enjoys the artistic side of the job. Perhaps his most “famous” work is a 300-foot Tigerhawk made from wildflowers at the University of Iowa’s Bill and Jim Ashton Cross Country Course. He has painted Tigerhawks red, white, and blue, and even pink.

Now Eiffert will work his magic on the Bermuda grass inside Rose Bowl Stadium. Odds are strong that the end product will be another masterpiece.

“In our industry, you have to care about what you’re doing,” Eiffert said. “If you don’t care and you just want to show up, you can tell.”