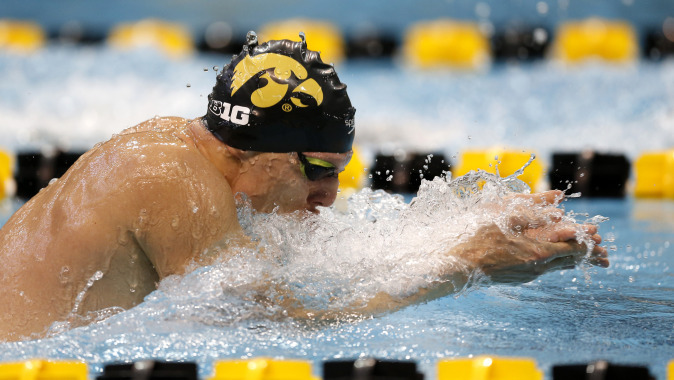 Iowa opened the day with a runner-up finish in the 200-medley relay. Freshman Kenneth Mende, senior Roman Trussov, senior Jackson Allen, and freshman Jack Smith swam to a time of 1:28.56.

Iowa had a number of runner-up finishes on the day.

Iowa flourished in the diving well Saturday, finishing with the top three finishes off the 1-meter springboard. Freshman Will Brenner was the 1-meter champion with a score of 327.10, followed by senior Addison Boschult (308.80), and senior Brandis Heffner (301.25).

The Hawkeyes return to action Friday, hosting Western Illinois in their final home dual of the season at the CRWC Natatorium.