Iowa Ranked 33rd in the Nation 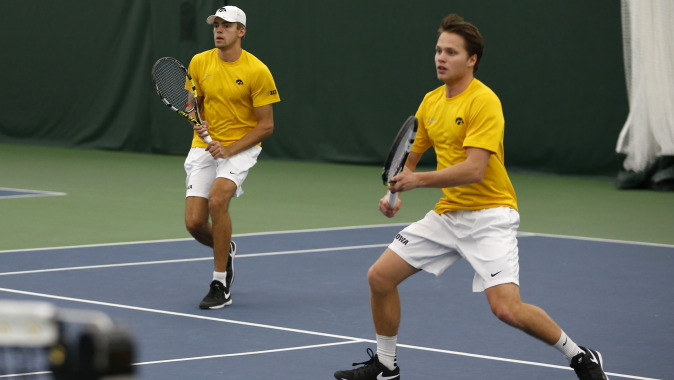 IOWA CITY, Iowa —The University of Iowa men’s tennis team set a new program record in back-to-back weeks. The Intercollegiate Tennis Association (ITA) announced today that the Hawkeyes are ranked 33rd in the nation after a home win against then No. 40 Denver last Friday. This marks the highest ranking in program history since 1997 when rankings were expanded to 75 teams.

Iowa, who begins Big Ten competition at home against Nebraska on March 11, has been nationally ranked since the ITA released preseason rankings on Jan. 5.