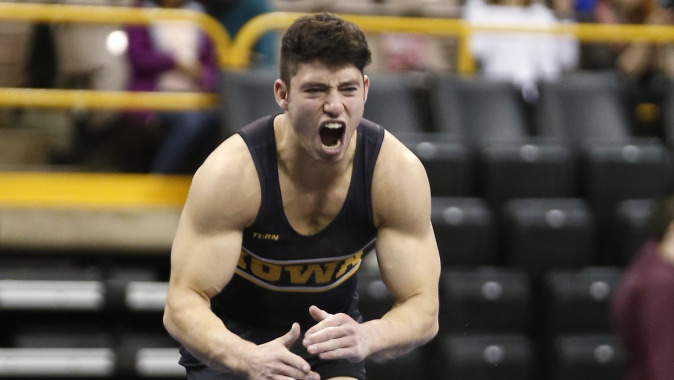 COLUMBUS, Ohio — Senior Matt Loochtan led the way for the University of Iowa men’s gymnastics team in individual event finals of the 2016 Big Ten Championships Saturday with a runner-up result on rings (15.100). He garnered first team All-Big Ten recognition for his performance, the first all-conference honor of his career.

“Super successful Big Ten Championships,” head coach JD Reive said. “Both for the team and individually. We showed a lot of capabilities and hopefully we can take it into NCAAs in a couple weeks.”

Loochtan also competed on floor, tying for ninth with a score of 14.275.

Sophomore Dylan Ellsworth had his first taste of individual event finals action, competing on vault. He posted a score of 14.400 to place fifth overall.

The Hawkeyes continue postseason competition at the NCAA Championships in Columbus, Ohio, from April 15-16. Iowa placed sixth nationally in the 2015 NCAA Championship with a team score of 427.450.