IOWA CITY, Iowa — It’s amazing what a three-interception day by a future NFL defensive back will do to influence a high school football recruit.

University of Iowa cornerback Josh Jackson picked off Ohio State quarterback J.T. Barrett three times Nov. 4, 2017, and the Hawkeyes waltzed to a 55-24 victory over No. 3 Ohio State. About an hour from Ohio State’s campus in Englewood, Ohio, a 6-foot-4, 220-pound four-star linebacker noticed. 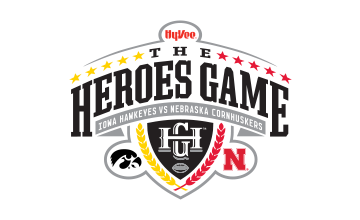 “A lot of my friends were talking about it,” Jacobs said. “I watched the game and seeing all that — Josh Jackson making great plays, and that’s when it really happened.”

“It” was Jacobs’ interest in becoming a Hawkeye, and doing Josh Jackson-type things of his own in the future. Once he verbally committed to Iowa, the Buckeyes tried to swoop in late and change his decision.

“Nobody is arrogant (here), and everybody is on the same playing field, working to get better.”

“He has done a good job and has progressively gotten better,” Iowa head coach Kirk Ferentz said. “He has been on the scout team and done well. He has also traveled with us to away games.

“He has a good future with good work habits, attitude, and he is a talented young man.”

The value of joining teammates and coaches on road trips is significant. Jacobs notices how “locked-in” everyone is during meetings on the eve of the game.

As a U.S. Army All-American with 25 scholarship offers coming out of high school, Jacobs says the days of playing “see ball, get ball” on defense are over. Getting a head start on learning coordinator Phil Parker’s playbook is why he enrolled in the spring semester of 2019.

“I knew it was going to be a big jump,” Jacobs said. “Here, you have to read more and there are more responsibilities than just going to chase the ball.”

Jacobs says playing in a Power 5 conference is a constant grind to improve mentally and physically. In high school, someone with his talent could go through the motions a day or two a week and still excel on game day. That doesn’t fly in the Big Ten.

“Every day you have to push to get better, either in the film room or physically in the weight room,” Jacobs said.