What are your overall impressions of the incoming men’s recruiting class?

“I feel like I say this every year, but I believe this may be the best recruiting class, top to bottom, across all event areas that we’ve ever had.  This is definitely a class that adds much needed depth in all events across our team.”

Are there any athletes you think can have an immediate impact that Hawkeye fans should keep an eye on?

“This is a tough question to answer because all of our recruits lost out on their opportunity to shine last season, therefore there are a lot of athletes who were primed to make huge improvements but just didn’t get to show the results of their hard work and dedication.  But if we are to base immediate impact athletes off of the 2018-19 seasons, I think we have quite a few athletes who can make an immediate impact.  In the distance events we probably have the deepest group of athletes who are in position to contribute right away in cross country and on the track than we’ve had in a long time.  Coach Hasenbank recruited some very talented athletes, and many who were under the radar as juniors but really came on during their HS cross country seasons.  Two guys that are coming off of tremendous cross country seasons include Ian Geisler who finished fourth in the big class (3A) at the Illinois State Cross Country Championships, and Max Murphy who won the big class (4A) State Championships in Iowa.  Max was named the Des Moines Register Male Runner of the Year and was an NXN national qualifier. Both athletes were primed and ready for breakouts seasons on the track.  Kal Lewis is another extremely talented distance runner who has tremendous range from the 400 to the 3,200m and is a 3-time New York Class D State Champion in XC.”

“We added some tremendously talented long sprinters and 400 hurdlers who will not only be able to contribute to our continued success in those events at the Big Ten and national levels, but will be immediate impact athletes this season.  Jenoah McKiver is one of the top 200/400 athletes in the country and has only been running track seriously for about 2 years.  We think Jenoah has a huge upside and the work ethic and competitiveness to be the best.  Josh Duval is another top ranked and super competitive 400 athlete who we believe has huge potential and will be an immediate impact in the 600 indoors.  Another 200/400 athlete who was on the way to having an outstanding senior season was Khullen Jefferson.  Khullen is the top 400 returner in the state of Illinois and will add quality depth to our talented group of long sprinters.  We also have the top returning 200/400 athlete in the state of Iowa in Jorma Schwedler who will be a major contributor in multiple events at Iowa.  In the 400 hurdles, we added two of the best prospects in the country in Nathan Farrell and Drake Woody.  Nathan was one of the top hurdlers in the state of Florida his junior year, and Drake showed his potential during his spring time trial of 52.97 that he was on his way to becoming a sub-52 second 400 hurdler by the end of the season.  I believe both of these guys will continue our long tradition of Big Ten medalists and NCAA-caliber 400 hurdlers.  The mid-distance group took another huge step forward with this recruiting class adding some of the best incoming 800 runners we’ve ever had at Iowa.  Everett Steward is a hybrid as many might consider him a 400 runner with his multiple 47 second performances as a junior in HS, but his 1:54 800 as a freshman in HS shows how much upside he has as a 400/800 athlete who will contribute right away in the 600 indoors.  Martin Strong is one of the top 800 runners in the nation, and has a 1:52 open and 1:50 split to show what kind of potential he has at Iowa.  Martin was well on his way to becoming a sub 1:50 runner by the end of this season  Jason Hoffman is one of the top returning 400/800 runners in Illinois and will add huge depth to our mid-distance group.  We only added one short sprinter to the team this year, but Austin Kresley will definitely be an immediate impact athlete on our team in the 60/100/200 and 4×100 relay.  He is one of the top under-the-radar sprint prospects in the country who was on his way to having an amazing break-out senior year.”

“For the field events, we added one of the top junior college throwers in the NJCAA in Elijah Barnes who happens to be from right down the road in Fort Madison, Iowa.  Elijah is one of the best combo throwers (SP/Discus) in the junior college ranks and will add great leadership to our throws group.  Quinton Lyons is one of the top combo throwers in the nation, and will be one to look out for throughout his collegiate career at Iowa.  The best kept secret of this recruiting class may be Kaleba Jack from right here in Iowa City.  In only his second year of track and field, he has emerged as the best jumper in the state of Iowa.  It’s unfortunate that he didn’t have an opportunity to continue to develop this outdoor season, as he was well on his way to becoming a 24 foot long jumper.”

How do you think this class impacts the team’s chances this fall and down the road in cross country?

“As we prepare for the 2021 track and field season, we believe we have the best team ever in the history of Iowa track and field.  With that said, we still need every point we can get to compete to defend our Big Ten outdoor title and look to win our first Big Ten Indoor title since 1963.  I believe many of our incoming athletes and transfers have the athletic ability and competitive drive to contribute right away and help our team compete to win.  I also believe we have a recruiting class who will contribute towards us continuing to win many titles throughout their careers here at Iowa.” 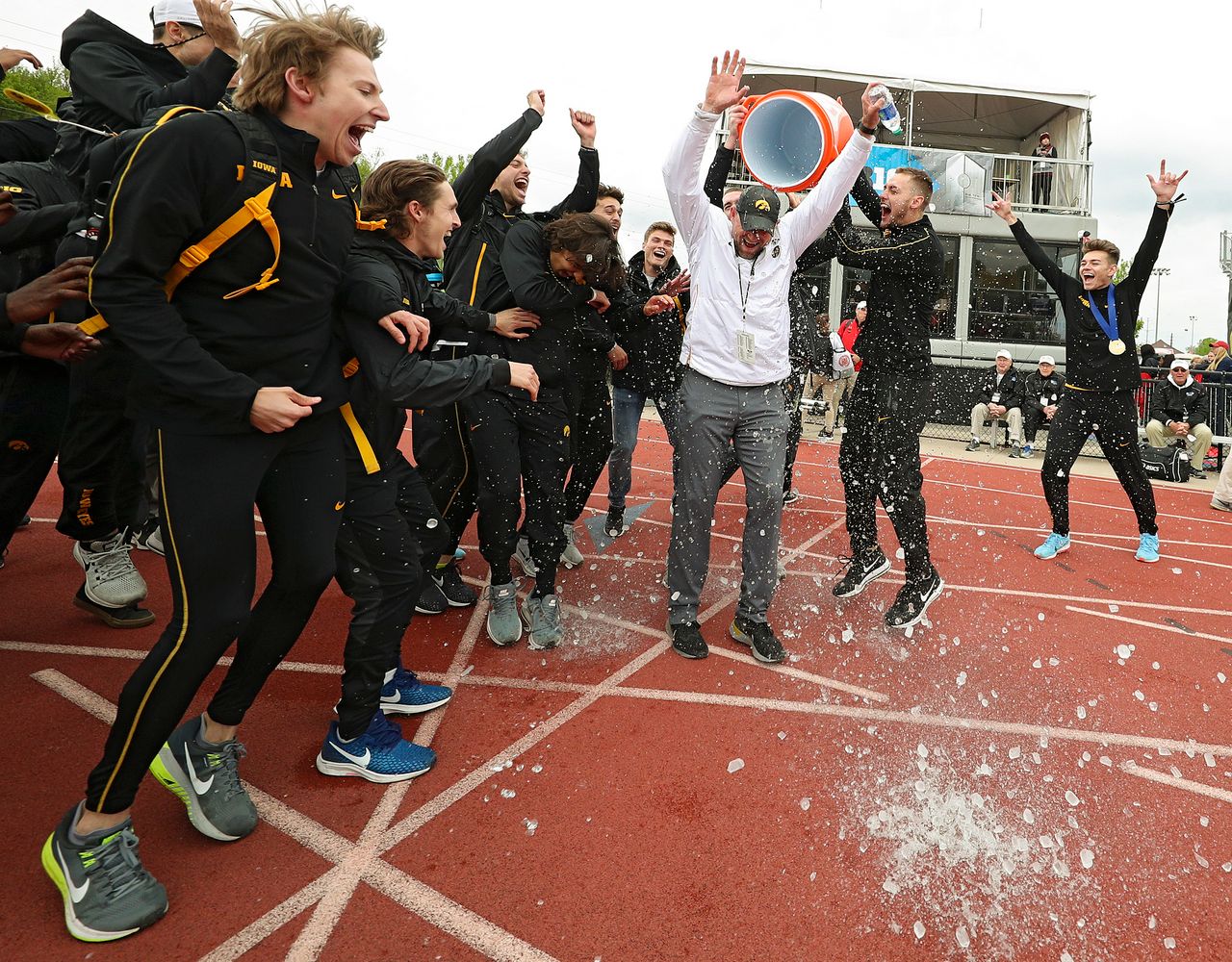 Give a brief outlook for the upcoming season and expectations for the team?

“As always, we have extremely high expectations for our team this year.  We always train and compete to be the best, but it all starts with the expectation to be the best.  We have a young but talented XC team and we expect to continue to progress from our 2019 Big Ten cross country championship finish and compete to be a top 6-8 Midwest Regional team.  In track and field, we expect to compete to win the Big Ten Indoor and Outdoor titles, but we also know it will be a great challenge as we have the target on our backs and there are some extremely talented teams in the Big Ten and I wouldn’t have it any other way.  We have risen to the top of the Big Ten, and we expect to stay here.  We have big goals of being a top 10 or higher team at the NCAA Championships indoors and outdoors.  We believe that we have the athletes who can compete to make NCAA Finals and score points in multiple events.  The key is to stay healthy throughout the multiple seasons and set our schedule so our athletes can compete at their best during the biggest competitions throughout the year.”

What is the ceiling for this group in years to come?

“As you can see, our 2020 recruiting class added some immediate impact athletes who will contribute to our men’s mission of competing to defend our Big Ten outdoor championship.  In addition, we have recruited a lot of quality depth to our program who will help us have sustaining success in the years to come.  Our goals continue to be to compete to win Big Ten titles, and to take the next step and fight to win an NCAA Championship.”

“We only compare ourselves with the best.  In order to be the best, we have to beat the best. Our eyes should always be focused on winning the NCAA title. If it’s not, then we are not trying to reach the ceiling.”