IOWA CITY — University of Iowa senior kicker Keith Duncan and senior wide receiver Ihmir Smith-Marsette have been named preseason All-Americans by USA Today. Duncan was a first-team selection and Smith-Marsette was named to the second team as a return specialist.

The preseason All-America team includes players from conferences that are not competing in the fall.

Duncan (5-foot-10, 180-pounds) led the nation with 29 made field goals in 2019 to set the Iowa and Big Ten single-season record, which ranks sixth all-time in NCAA history.

It is Duncan’s fourth preseason first-team All-America selection of the summer. The reigning Bakken-Anderson Kicker of the Year in the Big Ten was one of three finalists for the Lou Groza Award last season, and was recently named to the Groza Award Watch List. 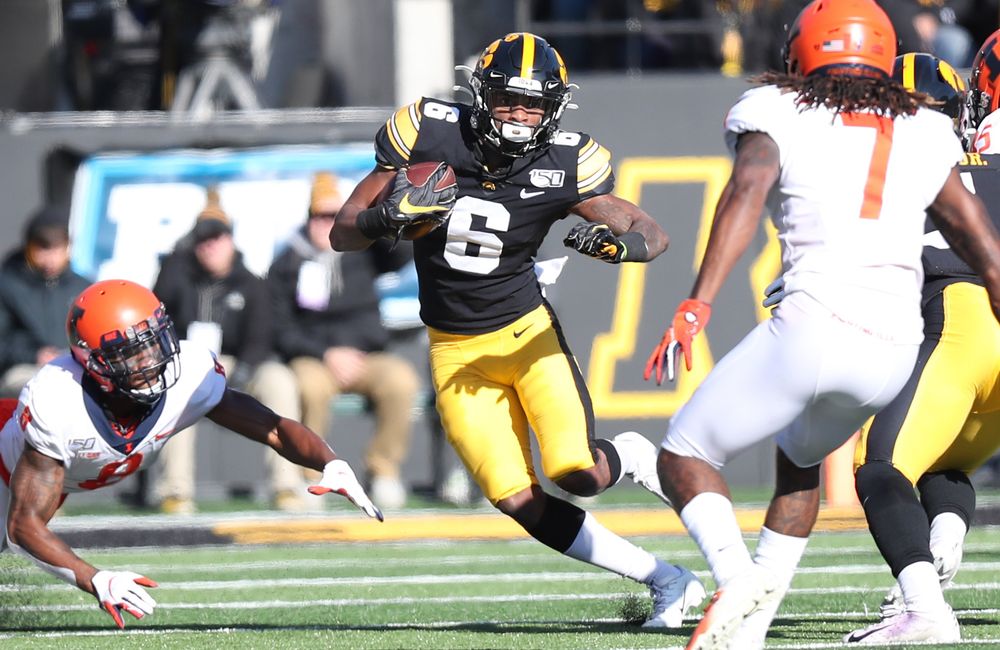 Smith-Marsette (6-foot-1, 186-pounds) led Iowa in receiving yards and touchdown receptions in 2019, while ranking second on the team in receptions (44-722-5). He led the Big Ten and ranked fourth in the nation with a 29.6 yard kickoff return average on 17 returns last season. He also returned two kickoffs for touchdowns.

In Iowa’s 2019 Holiday Bowl win over USC, Smith-Marsette became only the second player in school history to score a receiving, rushing, and kickoff return touchdown in the same game, earning the Holiday Bowl Offensive Most Valuable Player award.

On Aug. 11, the Big Ten Conference announced the postponement of the 2020-21 fall sports season, including all regular-season contests and Big Ten Championships and Tournaments, due to ongoing health and safety concerns related to the COVID-19 pandemic.