IOWA CITY, Iowa —His feet are wet, now it is Jack Campbell’s time to cement his role among University of Iowa linebackers.

Campbell used his true freshman season in 2019 to gain experience after seeing action in 11 games. Because of an injury to leading tackler Kristian Welch, he even made a start at middle linebacker against Wisconsin. Spot starts are probably a thing of the past for the 6-foot-5, 243-pounder from Cedar Falls, Iowa.

“I’m a little taller and heavier than a typical linebacker,” Campbell said. “I cover ground well, but at the end of the day, it’s how much effort I give and my attitude coming into the building every day. I feel I do a good job coming in with a great attitude and giving my full effort. That shows on the field.”

Campbell finished his first season as a Hawkeye with five tackles. He will be counted on to be more productive this fall, especially with the void created by the transfer of Dillon Doyle, who made two starts in the middle, and Djimon Colbert, who has 23 career starts at weakside linebacker. Colbert opted out because of the coronavirus pandemic.

“Their departure is a big loss, but we are always preparing to be in there,” Campbell said. “We have to keep taking steps and improve every day.”

Growing up in “another” Iowa college town, Campbell became a fan of the Northern Iowa football team. When the Panthers played Iowa, he was mesmerized by the play of Hawkeye linebacker Christian Kirksey, now with the Green Bay Packers. Kirksey is on a long list of Iowa linebackers Campbell enjoys watching on film.

“You can’t really name one,” Campbell said of his favorite Iowa linebacker. “You have to look at Pat Angerer, A.J. Edds, Josey Jewell, Anthony Hitchens, the list can go on. Abdul Hodge, Chad Greenway. I can’t pick one. Those are all guys you can watch tape on, and it blows my mind the plays they made.”

“I remind myself that the only things I control are attitude and effort. At the end of the day, it’s how hard they are working and what kind of attitude they come into meetings with.”

Thanks to a year of game experience, Campbell is ready to add highlights to his tape as well. He says his mental approach has improved, as well as an understanding that playing the position is more than simply running toward the football.

So, what is the sophomore focusing on?

“The Xs and Os, getting my formations and tendencies down,” Campbell said. “Carrying that into this year has been a big positive; being able to tell where the play is going before it happens. That has been beneficial for me.”

With the game “slowing down” Campbell can play at a quicker tempo.

“Being in there with the older guys now, he is a lot more comfortable than he was last year at this time,” said senior linebacker Nick Niemann. “He has a better understanding of the defense.” 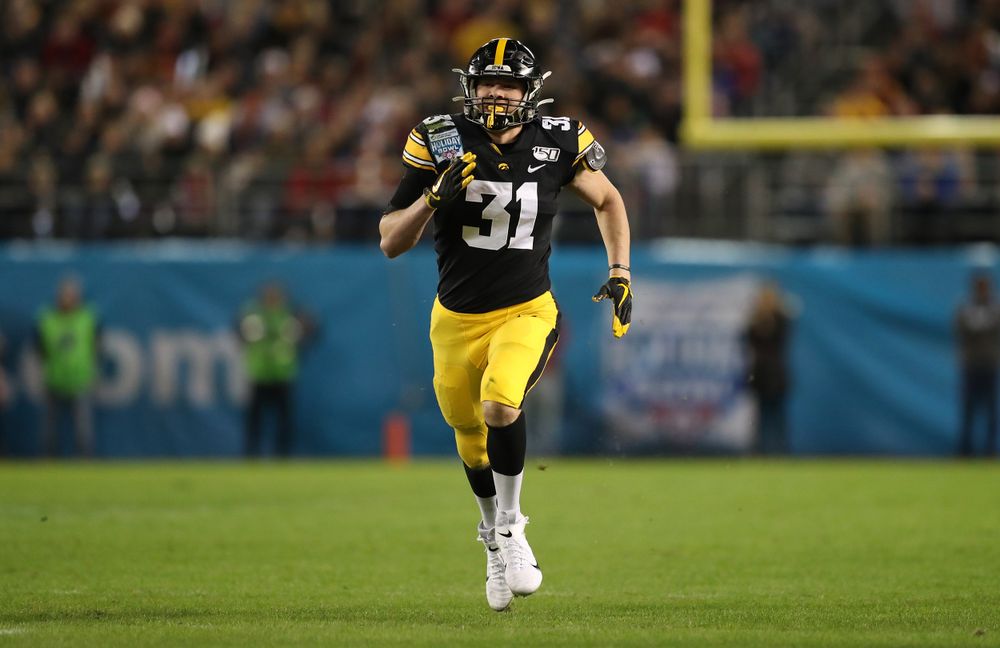 Senior outside linebacker Barrington Wade sees the effort being put in by the crew battling from time in the middle.

“All our (middle linebackers) have been working hard,” Wade said. “It’s time for everybody to step up.”

For Campbell, it’s time to step up and remain in control of two things:

“I remind myself that the only things I control are attitude and effort,” he said. “At the end of the day, it’s how hard they are working and what kind of attitude they come into meetings with.”