After Keith Duncan’s 51-yard field goal hit off the cross bar, Nebraska took over at the 32 yard-line with 2:02 remaining. The Huskers picked up two first downs, setting up a first-and-10 from the Iowa 39.

On the next play, Golston blew past Husker right guard Matt Farniok, knocking the ball free from Adrian Martinez. VanValkenberg recovered the fumble in mid-air at the Iowa 48 to seal the Hawkeyes’ sixth straight victory in the series.

Iowa has won four straight games to improve to 4-2 this season.

Sophomore Spencer Petras completed 18-of-30 attempts for 193 yards with one touchdown – a 6-yarder to Tyrone Tracy, Jr. Sophomore Sam LaPorta had a team-high five receptions for 38 yards, while seven different receivers caught passes.

Martinez finished 18-of-20 for 174 yards to lead the Huskers, while Wan’Dale Robinson and backup quarterback Luke McCaffrey both had 42 rushing yards. Robinson also had a game-high nine receptions for 75 yards. 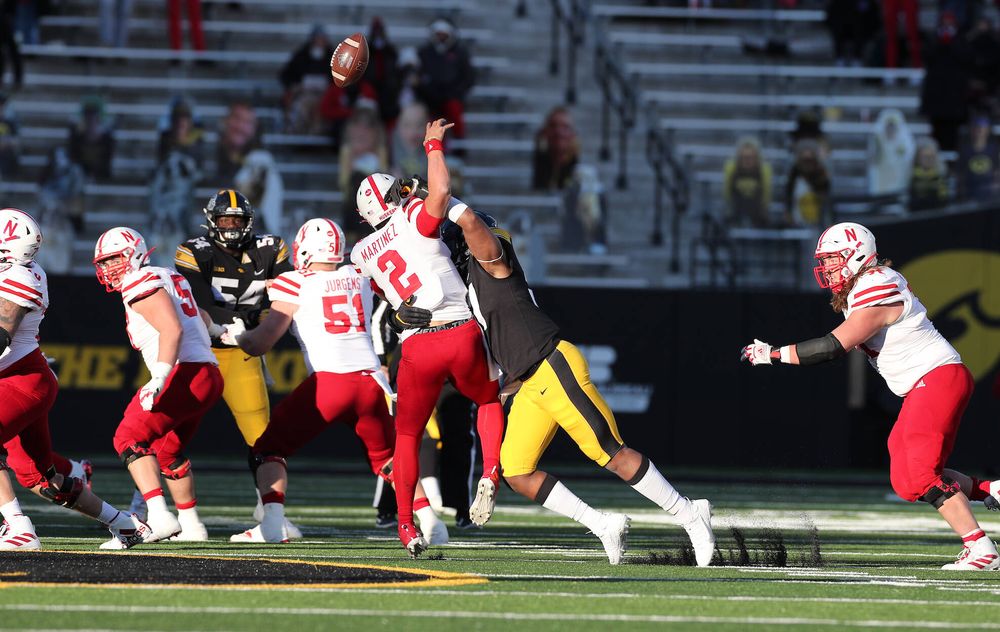 “First and foremost, I am thrilled to get the victory today. It was a hard-fought game, a conference game. You’re talking about a rivalry game, too, with the trophy on the line. This is three straight years now where it ha gone down to the last play, last minute.

“Both teams played at a high level. I am proud of our guys. They played resilient. We had some ups and downs during the course of the game and it wasn’t 100 percent perfect, but that’s what you expect in conference play.

“I think the biggest, most significant thing is just the way we finished the game. They came out and scored on that opening drive in the second half. After that, we settled in. I think we won 13-0 from that point on. It was close to being 16. If we come up with that last field goal, I think we all breathe a little bit easier, but it wasn’t meant to be.

“It was a great effort, but it hit the bar. We had to go play defense and it rose to the occasion. I am thrilled to get the victory and thrilled to see our guys with the trophy. Even better, we get a day off tomorrow. It’s a pretty good day for us.” 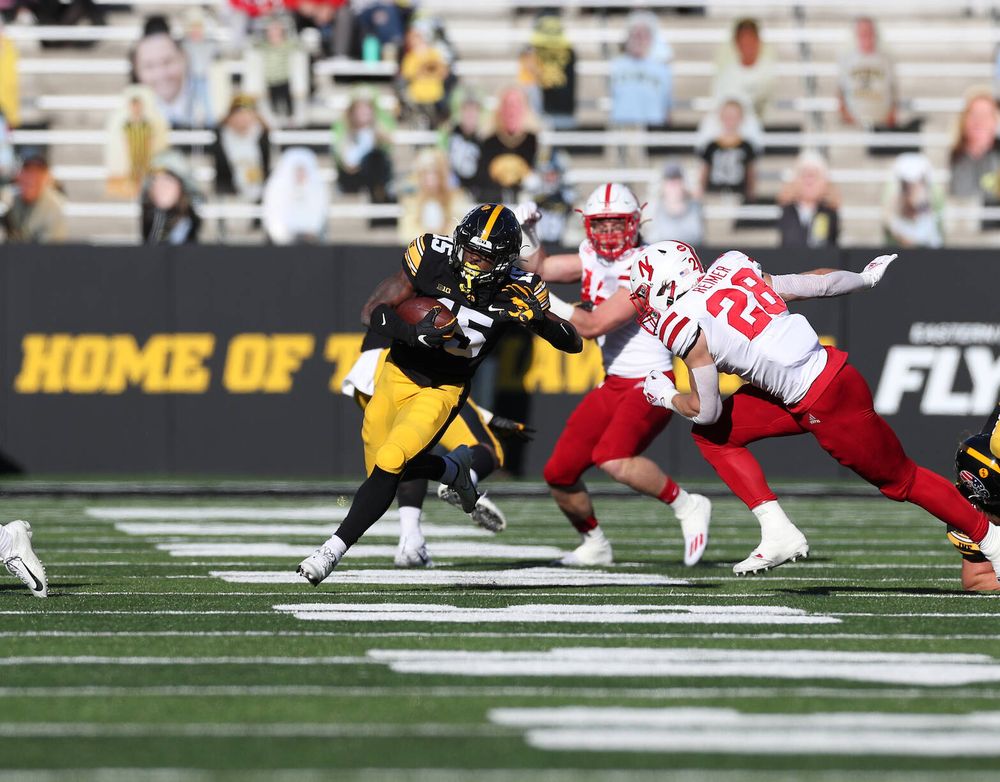 Up Next
The Hawkeyes play at Illinois on Saturday, Dec. 5. Kick time and TV information has not been announced.