IOWA CITY, Iowa — University of Iowa junior defensive lineman Daviyon Nixon has been named one of 18 semifinalists for the 2020 Chuck Bednarik Award, which is presented to the nation’s most outstanding defensive player.

Freshman punter Tory Taylor has been named one of 10 semifinalists for the 2020 Ray Guy Award. The award honors the best collegiate punter.

Nixon is Iowa’s first Bednarik Award semifinalist since Josey Jewell and Josh Jackson in 2017, and Taylor is only the second Hawkeye in school history to be named a semifinalist for the Ray Guy Award. Ryan Donahue was a semifinalist in 2009 and one of three finalists in 2010. 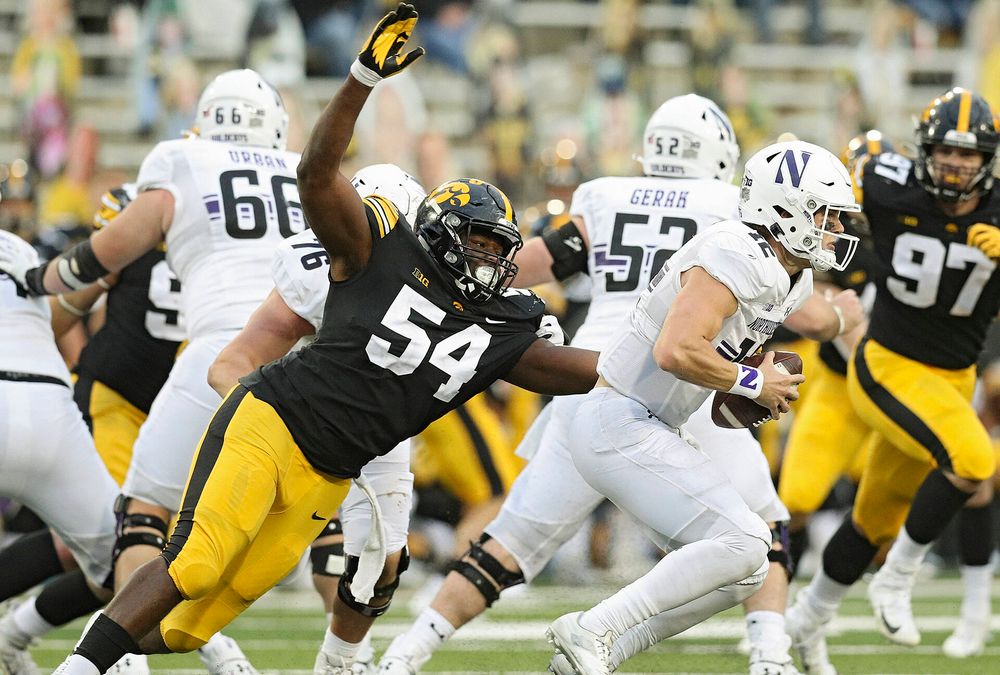 Nixon, a Kenosha, Wisconsin, native, is the only player from the Big Ten and one of six defensive lineman to be named a semifinalist for the Bednarik Award.

Nixon leads the Big Ten with 13 tackles for loss and 5.5 sacks. His 41 tackles (21 solo, 20 assists) are the most among Big Ten defensive lineman and third most among Iowa’s defense. Nixon has also tallied one interception, one forced fumble, one pass break-up, and one quarterback hit. Nixon returned his first career interception for 71 yards for his first career touchdown in Iowa’s 41-21 win at Penn State. 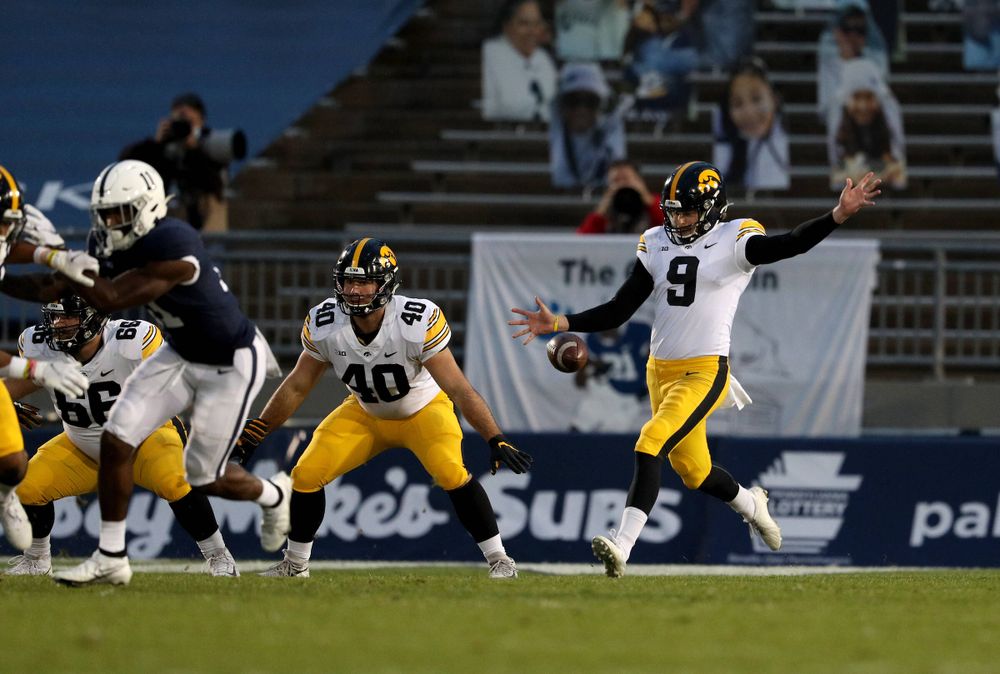 Taylor, a Melbourne, Australia, native, is one of only two Big Ten punters (Haydon Whitehead, Indiana) and one of three underclassmen (Nik Constantinou, Texas A&M; Porter Wilson, Duke) to be named a semifinalist for the Ray Guy Award.

Taylor has averaged 44.6 yards on 32 punts this season, which ranks third best in the conference and 18th best in the nation. Taylor has downed 17 punts inside the opponent’s 20-yard line, along with zero touchbacks. Iowa opponents are averaging only 5.2 yards on six returns and have lost two fumbles while fielding punts.

Taylor, who was recently named to the FWAA’s Freshman All-American Watch List, has nine punts of 50 yards or more, including a season-best 61-yard punt against Michigan State. Taylor’s latest performance against Illinois featured five punts, with two punts downed inside the 20-yard line, a long of 54 yards, and a 42-yard average.