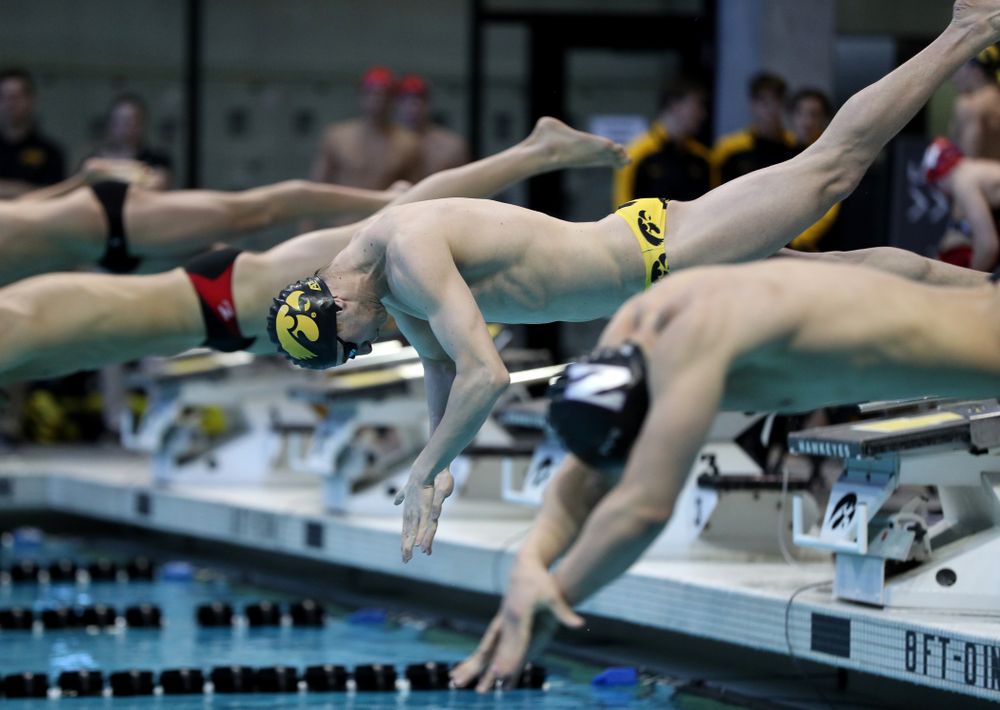 NO INDIVIDUAL WINS BUT A SOLID PERFORMANCE
The Hawkeye women team did not notch a victory on Saturday, but the Hawkeyes had strong performances, by notching a second or third place finish in eight of the 12 events.

WOMEN’S DEPTH IS SOMETHING
The Hawkeyes showcased their depth in the 100 fly and 500 freestyle in the dual.  Iowa posted three of the top seven finishes in the 100 fly with senior Kelsey Drake (54.60) finishing second, senior Sarah Schemmel (56.11) placing sixth and freshman Alexa Puccini (56.68) placing seventh.

UP NEXT
Iowa returns to action Feb. 5-6, traveling to Minneapolis to face the Gophers.  The Hawkeye men will have a head-to-head dual against Minnesota, while the women will face both Minnesota  and Nebraska.